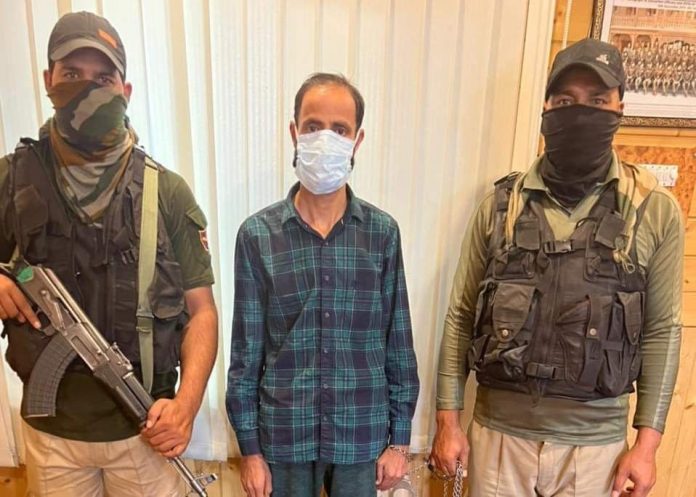 The Kothi Bagh police in uptown Srinagar Thursday arrested a man on the charge of cheating job aspirants of lakhs of rupees by promising them jobs in Jammu and Kashmir and outside.

The alleged fraudster is Bashir Aziz Gagloo, a resident of Kursoo Rajbagh.

He is accused of having cheated dozens of job aspirants from Kashmir Valley to the tune of lakhs of rupees.

Sources told a local news agency, Kashmir News Trust (KNT), that the accused was made the naïve job aspirants believe that he is associated with the top brass of BJP and RSS leaders.

A formal FIR vide number 73/2022 has been registered against the accused who is behind the bars. (KNT)