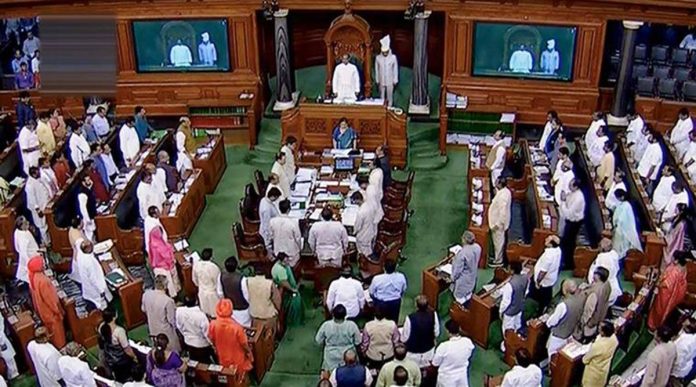 Parliament on Monday passed a bill which seeks to ban funding of weapons of mass destruction and also empowers the Centre to freeze, seize or attach financial assets and economic resources of people engaged in such activities.

The Weapons of Mass Destruction and their Delivery Systems (Prohibition of Unlawful Activities) Amendment Bill, 2022, piloted by External Affairs Minister S Jaishankar, was passed by the Rajya Sabha with a voice vote even as opposition parties continued their protest over various issues, including the arrest of Shiv Sena MP Sanjay Raut in a money laundering case.

The bill was approved by the Lok Sabha in April.

Replying to a debate on the bill, Jaishankar said all members who spoke on the proposed legislation recognised that terrorism is a serious threat and so are weapons of mass destruction (WMD).

He said that the current law only covers trading and does not cover financing of weapons of mass destruction.

“This gap needs to be filled because recommendation…of the Financial Action Task Force requires all countries, including us, to ensure that assets financing for WMD-related activities is prohibited.

The Weapons of Mass Destruction and their Delivery Systems (Prohibition of Unlawful Activities) Act, passed in 2005, only banned manufacture of weapons of mass destruction.

The amendment bill seeks to insert a new Section 12A in the existing law which states that “no person shall finance any activity which is prohibited under this Act, or under the United Nations (Security Council) Act, 1947 or any other relevant Act for the time being in force, or by an order issued under any such Act, in relation to weapons of mass destruction and their delivery systems.” (PTI)