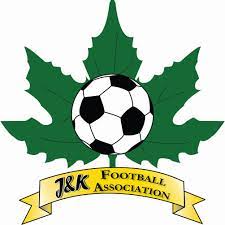 Jammu and Kashmir Football Association (JKFA) has rocked with Rs ’43-lakh Biryani scam’ as the amount sanctioned for the development of sport was allegedly swindled by those sitting at the helm of the affairs.

The Anti-Corruption Bureau (ACB) has registered a case against the JKFA for misappropriation of funds worth lakhs of rupees provided to them by the Jammu and Kashmir Sports Council for the promotion of football.

The case is registered against JKFA president Zamir Thakur, treasurer Surinder Singh Bunty, chief executive S A Hameed and member Fayaz Ahmad besides other office bearers for misappropriation of funds worth lakhs of rupees withdrawn against false and fabricated bills.

“As of now, no person has been arrested. Further action will be taken only after completion of the investigation.”

The case has already been registered after the initial investigation in which some fraud was detected.

According to ACB, some football lovers lodged a written complaint through one Mushtaq Ahmad Bhat against bungling in JKFA. It was alleged that funds allotted by the J&K Sports Council and other Government and semi-Government agencies, for conducting football activities across J&K were misused and the funds sanctioned by the Government through J&K Sports Council to organize tournaments like Khelo India and Mufti Memorial Gold Cup were not utilized properly.

The preliminary investigation found that members of the Association showed an amount of Rs 43,06,500 paid to Restaurant Mughal Darbar, Polo View in Srinagar for the purchase of Biryani as refreshment for the teams.

However, the ACB found that no such refreshment has ever been given to any team in any district of Kashmir province. The bills were raised by the Association and placed on record before the ACB has been found fake.

The ACB has also found that an amount of Rs 1,41,300 was shown paid to Hindustan Photostat for various activities. It was during inquiry found fake and prepared by resorting to forgery.

The probe found that Rs 43,06,500 has been drawn out of the Rs 50 lakh budget released for the Kashmir division by the J&K Sports Council which upon inquiry has been found drawn based on fake and forged bills or documents.

According to ACB, it has also been found that the J&K Sports Council released these funds to the JKFA before the commencement of the events without ensuring account for on-ground utilization and follow-up thereupon.

The probe conducted revealed that all these bills are forged as they bear the handwriting of the same person.