Panun Kashmir hits out at Amit Shah, blames BJP for ‘exodus’ of Pandits 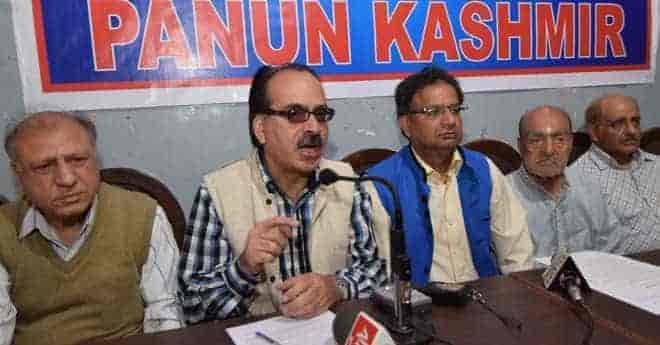 In a statement, convener of Panun Kashmir (PK), Dr Agnishekhar accused the BJP Government at Centre of misleading the nation about the Kashmiri Pandits for its political benefits.

He said that the information given by Shah regarding distribution of relief in Parliament yesterday among Kashmiri migrants is totally incorrect as only 22000 displaced families are getting relief instead of 44,000 as stated by him.

He also termed the rehabilitation move of present government only eye wash and hoodwinking saying that the Government has failed to address this complex and genuine issue.

Agnishekhar also criticised the central government saying by taking 6000 employees to Valley and settling them in clusters will not solve the problem of lakhs of displaced Pandits living in exile and these 6000 jobs were not given by BJP but previous Congress Government so the party should not take credit for the same.

He claimed that it was due to his efforts that the issue was taken by him in three round table conferences with the Government after which the package was announced.

Agnishekar also blamed BJP for mass exodus saying that Pandits were forced to leave the Valley when V P Singh was in power at Centre whose Government was supported by BJP and the party did not muster the guts to withdraw support to his Government.