PAGD has to be beyond individualism 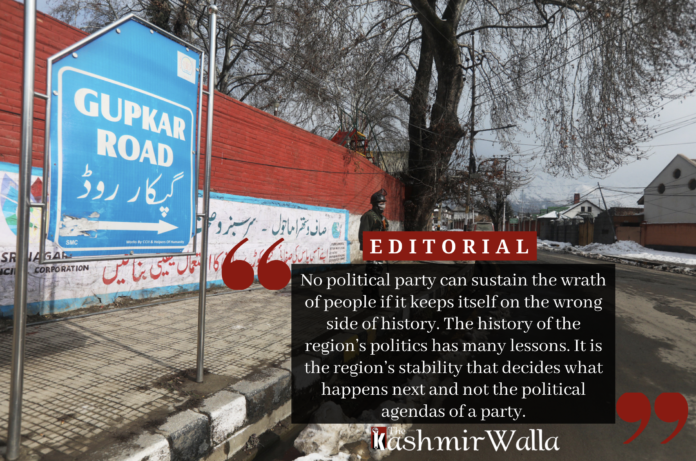 As the People’s Alliance for Gupkar Declaration (PAGD) has lost one of its six parties, all eyes must be on the two core members: The People’s Democratic Party (PDP) and the National Conference (NC). Both have been allies to the Bhartiya Janata Party (BJP) in past and now are at the crossroads with the same ex-ally.

The exit of the People’s Conference (PC), led by Sajad Lone, is however a bit surprising as it comes a month after the election results were declared in the first District Development Council (DDC) elections. If the parties were fielding proxy candidates these apprehensions and even facts were already out there in public when elections were being conducted. It was not a secret to unveil that PDP, NC, or even PC had fielded candidates against each other despite the seat-sharing pact.

So, why did the alliance seem falling apart only now?

People’s apprehensions that the regional parties had come together for power and not for ‘saving lost autonomy’ seem to turn out to be right. With the broken alliance, even if the PC has a small seat share, both NC and PDP have to look ahead and find a way if they believe in their words.

Jammu and Kashmir is at a point where personal gains and politics for the sake of individualism has to be kept aside. No political party can sustain the wrath of people if it keeps itself on the wrong side of history. The history of the region’s politics has many lessons. Neither G. M. Bakshi nor G. M. Sadiq could rule Jammu and Kashmir forever, despite the powerful backing. It is the region’s stability that decides what happens next and not the political agendas of a party.