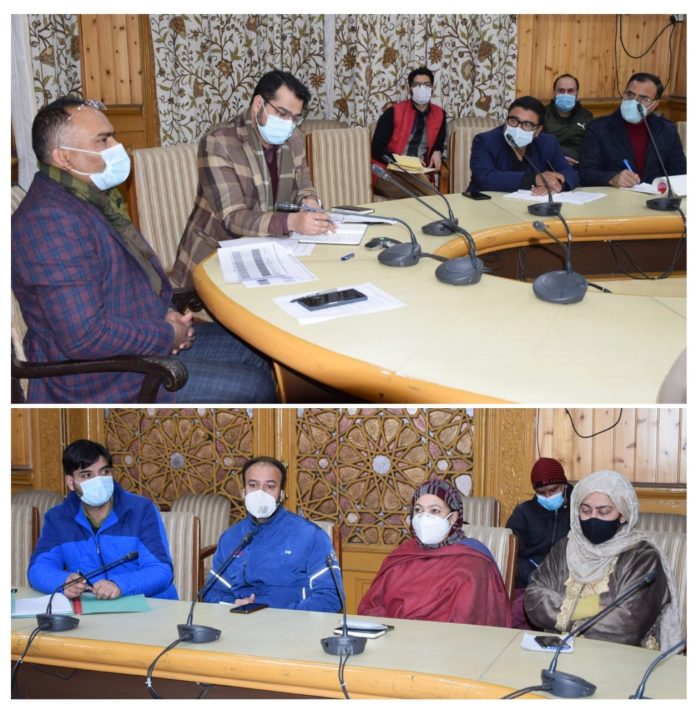 He appealed Govt employees to obtain Ayushman Bharat Golden Card in three weeks time and also assured them that it is better than medical reimbursement.

Div Com directed all Deputy Commissioners to complete the registration of entire population by March 31, 2022.

He directed them to conduct registration camps and reach out to every household to achieve the target in stipulated time.

He also directed for major enrollment drives at Block Development Offices and Tehsil Offices to cover entire population in a fixed time.

To decentralize enrollment, Div Com further directed that gazetted officers  of RDD, Revenue, Medical Education  should be given  user IDs and  login passwords   to encourage registration of people.

Earlier, MD NHM briefed the meeting about the performance of district, work done in BIS under AB PMJAY and AB-PMJAY SEHAT till today, registration during last month, per day target,  action plan to achieve target by March 31.

Meanwhile, Div Com directed DCs and DDO to ensure registration of all employees for Golden Card under Ayushman Bharat PMJAY & AB-PMJAY SEHAT by the end of February, 2022.