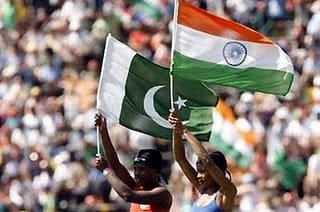 Pakistan has said the appointment of a ‘trade minister’ in New Delhi was a routine process and there was ‘no change’ in its trade policy with India, PTI has reported.

On Tuesday, media reports said Qamar Zaman had been made Pakistan’s “trade minister in New Delhi”, giving rise to speculation of a thaw in the present frigid bilateral trade relations between the two neighbours.

There is no change in Pakistan’s policy on trade with India, the ministry clarified. It further said that the Post of Minister (Trade and Investment) in New Delhi exists for more than two decades and has no connection with the operationalisation of trade with India or otherwise in the current context.

The current cycle for selection of Trade and Investment Officers (TIOs), including New Delhi, was initiated in December 2021 and the final recommendations of the Interview Board were sent to the Prime Minister’s Office on January 4, 2022 which was during the previous government’s term led by Imran Khan.

“The present government has given the final approval on the recommendations of the previous government for selection of 15 TIOs,” the ministry said.

“The appointment of Minister (Trade and Investment) New Delhi, therefore, may not be seen in the context of any relaxation of trade restrictions with India.”

Tensions between India and Pakistan have spiked since New Delhi abrogated the Article 370 of the Constitution to revoke the special status of Jammu and Kashmir on August 5, 2019.

India has categorically told the international community that the scrapping of the Article 370 was its internal matter. It also advised Pakistan to accept the reality and stop all anti-India propaganda.

India has told Pakistan that it desires normal neighbourly relations with Islamabad in an environment free of terror, hostility and violence. (PTI)

Previous articleCISF personnel found dead at NHPC in north Kashmir
Next articleFirst ever bird festival to be organized in J-K: Secretary Tourism