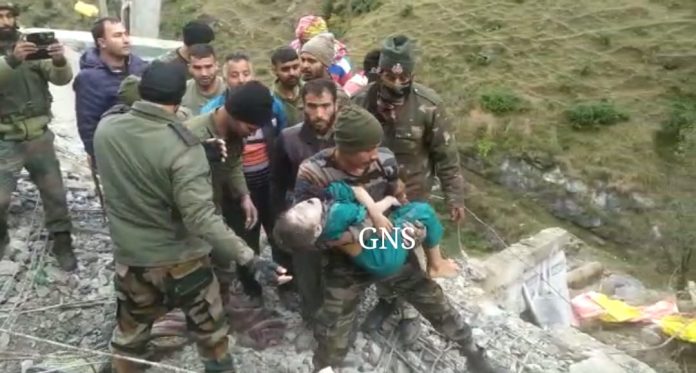 A mother-daughter died while a man was injured after a house collapsed due to a landslide in Bufliyaz village of Surankote area in Poonch district on Friday.

An official said that the incident took place near the site of a project for upgradation of road from Rajouri to Surankote.

He said that a landslide came crushing down on a residential house, burying three family members, following which a rescue operation was launched.

“After hectic efforts all three were rescued and were taken to SDH Surankote, where mother-daughter duo was declared dead on arrival. The male member of the family was referred to GMC Associated Hospital Rajouri,” he said.