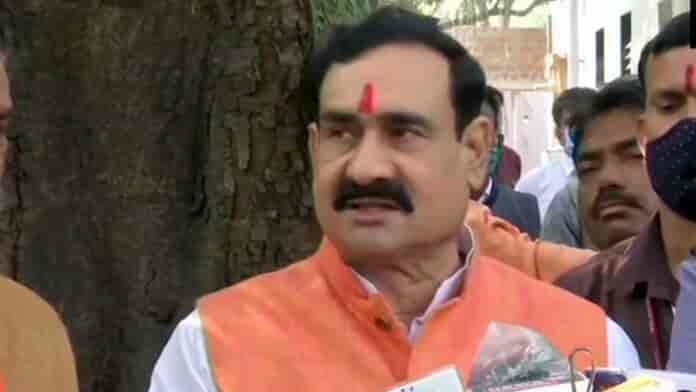 The BJP senior leader and Madhya Pradesh Home Minister Narottam Mishra Tuesday said the “love jihad” bill will soon be introduced in the state assembly and it includes five years rigorous imprisonment for violators. The charge will be cognizable and non-bailable, reported Indian Express quoting Mishra.

However, the right to marry a person of one’s choice is guaranteed under Article 21 of the Constitution.

“There will be provision to declare marriages taking place forcefully, out of fraud or by tempting someone, for religious conversion, null and void. Those assisting in committing this crime will also be considered a party to the crime,” Mishra said.

Other provisions of the Bill include notifying the district collector a month in advance before formalising an inter-faith marriage. Chief Minister Shivraj Singh Chouhan had earlier hinted at bringing in a new legislation against “love jihad”, a term coined by rightwing outfits opposing inter-faith marriage.

“Jihad will not be permitted in the name of love at any cost in the state. Necessary legal provisions will be made against love jihad,” he had said.

The BJP governments in Haryana and Uttar Pradesh are also contemplating legal provisions against “love jihad”.

Earlier this year, the Government informed Parliament that no cases of ‘love jihad’ have been reported by any of the central agencies and the term is not defined under any existing law. Union Minister of State for Home G Kishan Reddy said Article 25 of the Constitution guarantees the freedom to profess, practice and propagate religion subject to public order, morality and health. Various courts, including the Kerala High Court, have upheld this view.

“The term ‘love jihad’ is not defined under the extant laws. No such case of ‘love jihad’ has been reported by any of the central agencies,” he said in reply to a written question.