The Kashmir Walla
Support Us
MagazineFeatures

Life and legacy of Reshma: Kashmir’s most influential transgender figure 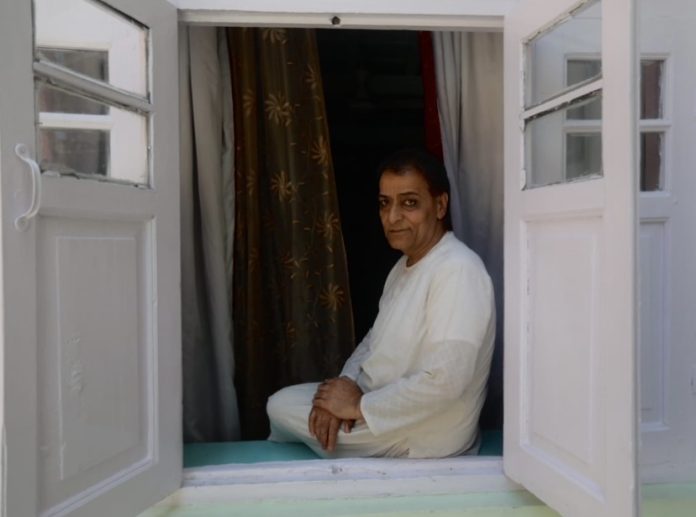 Srinagar: On a cold winter morning, Reshma, Kashmir’s foremost transgender influential figure, was laid to final rest. She was 70.

In a janazgah of the Merjanpora area of downtown’s Nawa Kadal, a large number of people participated in Reshma’s funeral. Their relatives and friends followed the coffin covered with a green cloth to their ancestral graveyard for the burial.

At home, their friends, neighbors, and relatives gathered in the living room to mourn the ‘loss’. “I’m devastated. They were really close to me,” said Aijaz Bund, a Srinagar-based LGBTQ activist. “I lost my support system. I am still not able to reconcile that Reshma is no more.”

Reshma was diagnosed with gastro-cancer six months ago that gradually seeped into the liver. They were under treatment as, on Saturday late night, their health started deteriorating. At the strike of midnight, Reshma breathed their last in Srinagar’s Shri Maharaja Hari Singh (SMHS) hospital.

Reshma, then known by their birthname Abdul Rashid, faced bullying in school, in the fifth standard, for their way of life. Thence, dropped out of education like most of the transgender community members at an early age. Soon after, they started learning to tailor and got inclined to singing in their early teens.

After their younger brother died, Reshma took guardianship of his three children. Tailoring wouldn’t earn Reshma enough to feed their brother’s family. They then decided to sing at wedding ceremonies in summers in their late 20s.

Decades after singing at local events in Kashmir, their fate took a turn after one of Reshma’s singing video went viral on social media from a wedding. It was when Kashmiri wedding celebrations started resonating with their famous song ‘Haye Haye Wesiye’. It eventually became synonymous with her face.

With more offers flowing on their side, Reshma used her influence to bring relief to her community. Bund remembers Reshma as a very bold person who rose above the “stigma and stereotypes” against the transgender community in Kashmir. “They made their own space in society as a singer,” he said. “That is the kind of legacy they have left behind.”

Reshma’s death was mourned unequivocally by Kashmiris from all walks of life. People took to social media to write eulogies for the famous singing sensation of the valley.

One of the Twitter users, who goes by the name ‘Kabir Writes’, wrote: “Beyond singing Reshma fought relentlessly for the recognition in the society. When the society turned against including clergy they stood firm in their resolve to seek dignity, equality and justice.”

Beyond singing Reshma fought relentlessly for the recognition in the society. When the society turned against including clergy they stood firm in their resolve to seek dignity, equality and justice. Khwajasira ⚧community lost a brave voice and activist.

“People in Srinagar preparing Reshma for their last journey. Their long struggle for equality and justice ended today,” Jehangir Ali, a journalist wrote a caption on two photos including from Reshma’s funeral.

1) Reshma, the sensational transgender singer from Kashmir who was an equally devoted custodian to the children of their brother, passed away today.
2) People in Srinagar preparing Reshma for their last journey. Their long struggle for equality and justice ended today #kashmir pic.twitter.com/TRrWDXR1bZ

Two days after Reshma’s death, Babloo, their best friend of decades, was sitting in their guest room in the Dalgate area of Srinagar. They avoid eye contact and spoke at a low pitch. Almost like whispers. “I feel terrible. This is a huge loss,” they said.

Babloo remembers Reshma as a loved personality. “I went to many mehfils with them where they used to sing. They were always loved [by everyone] and were entertaining,” Babloo said. “People loved and respected them.”

“They played an important role in our community. Their name comes first whenever we talk about the transgender community in Kashmir,” said Babloo.

But YouTube is filled with their words still spreading smiles across weddings. After their death, their song surfaced on social media with condolence messages talking about their importance to the transgender community.

At least eleven properties, worth crores, belonging to Jamaat-e-Islami have been notified and subsequently confiscated by District Magistrate Anantnag,...
South Asia