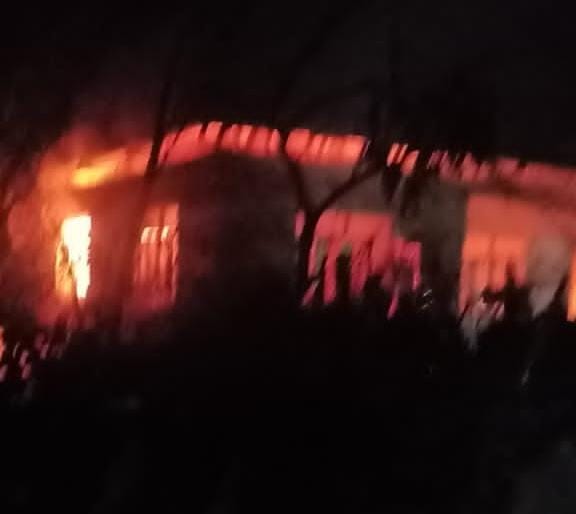 A Panchayat ghar was gutted in a mysterious blaze that broke out in Damhal Hanjipora area of south Kashmir’s Kulgam on Wednesday evening, official sources said.

Official said that a fire broke out in a Panchayat Ghar at Hariweth in Kulgam.

Fire tenders were immediately rushed to the spot from different parts to douse the flames.

Meanwhile, Police team also rushed to the spot, sources said, adding that the cause of the fire was not known.

Tehsildar Damhal Hanjipora said that the efforts are on to douse off the flames. (KNO)