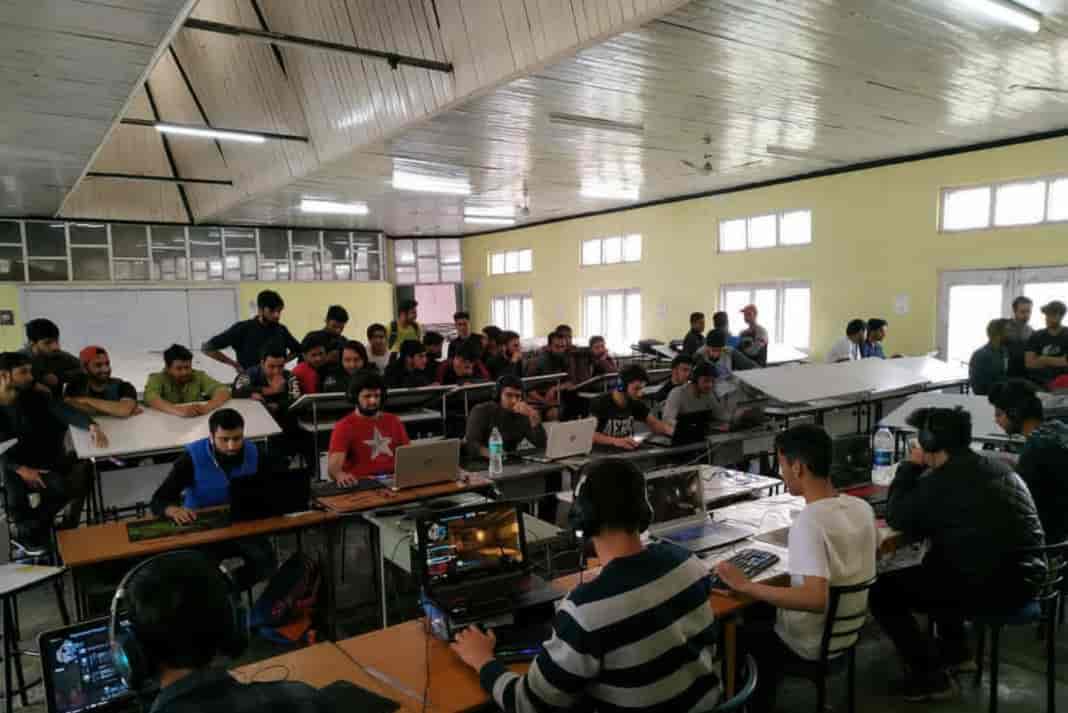 Ibrahim Laharwal was wired-in, at thirty minutes past 10 pm, with his five friends watching JasiyaGaming — a popular local female game streamer; if it had been any other day, the group would plug-in their PCs and get shooting in Counter-Strike, a multiplayer shooter video game, for many hours to come. That has been his schedule for the past ten years.

But it was 4 August and they knew internet will be snapped anytime. “Tafheem, your voice is breaking. Tafheem…” Mr. Laharwal, 24, remembers panicking. In no time, his long-time friend and teammate, Tafheem Qadri, was offline. Mr. Laharwal and others, who were on broadband internet connections, laughed at Mr. Qadri. They didn’t expect what followed.

On the intervening night, the administration snapped all communication lines — all. Next morning, Mr. Laharwal woke up to locked down Kashmir Valley as the Central government stripped region’s semi-autonomous status.

The internet blackout halted millions of lives — but Mr. Laharwal feels that no one noticed how professional e-gamers from Kashmir vanished from the growing e-sports scene.

E-sports gave me space to be something different; I was expressive: frustration, anger, and happiness. I take the game extremely seriously and I kind of liked another me.

NASSCOM data suggests that India’s mobile games market will be worth 1.1 billion dollar by 2020, and number of users projected to become 628 million by then.

“Gaming was an escape for me,” he says, “from the real world.” He identifies himself as an introvert; but every night after 10 pm, his hands on mouse and keyboard allowed him to meet his second personality.

“E-sports gave me space to be something different; I was expressive: frustration, anger, and happiness,” says Mr. Laharwal. “I take the game extremely seriously and I kind of liked another me.”

He started professional e-gaming at the age of sixteen. His forte being Counter-Strike. “It is a learning curve — you don’t get it overnight.” His passion was such that people in his college — National Institute of Technology (NIT), Srinagar — would know him by his e-sports’ name, Sparrow (a cultural inspiration from the Pirate character of Jack Sparrow).

“Unlike rest of the world, where e-gamers make money by game-streaming (on Twitch and YouTube), we cannot do that in Kashmir,” he says, citing the uncertain internet facilities. “I have seen my local contemporaries failing at it. And I envy gamers and streamers outside, who make thousands and millions [of dollars] out of it.”

However, August 2019 clampdown isn’t the only time when Kashmir’s e-sports community was let down by “unsustainable environment”. Mr. Laharwal recounts multiple incidents — of monetary losses after buying exclusive servers, events getting cancelled due to curfew, and losing out on tournaments due to lack of communication — when different dimensions of political instability would affect their life.

He affirmed that the community was growing before the clampdown. In April 2019, Mr. Laharwal and his friend, Mr. Qadri, organised an open e-sports tournament in NIT. Participating in different e-sports — including FIFA, Counter-Strike, and PUBG Mobile — the organizers saw nearly a thousand registrations.

But, since August 2019, the frustration is rising. Mr. Laharwal was abiding to a rigorous schedule for about a decade: starting playing after 10 pm and sleep — after watching a few online gaming videos — by about 4 am to wake up for the morning lecture at 9 am. The clampdown distorted it. He coped up for a week. But then, he knew the internet will not be restored anytime sooner.

“We had nothing to do — absolutely nothing,” he says. “Here, the depression gets into you. I needed an escape and gaming was mine.” On 22 August, he flew to Delhi and settled in a rented flat — with a set of PCs, a new broadband connection, and calm. Time and again — inside the game, aiming a gun — he would remember of situation at home; how his team wasn’t by his side; how the scene might have been different, given the talent, if it had not been in Kashmir.

Not every e-gamer had privilege of leaving the Valley, though. Professionally, Saiful Mir is an artist — but “gaming is not a hobby either; it’s my first priority.” Before the blackout, when Mr. Mir would not be playing PUBG Mobile about four to five hours a day, he would try beta versions of games — latest being Call of Duty.

Like Mr. Laharwal, when Mr. Mir’s schedule was disrupted, he went anxious. “All we did was eat, sleep, and play multi-player Ludo,” he texts over SMS. “Every time we have a competition, slow internet comes in our way and all of our anticipation and hard work goes in vain.”

Right before the blackout, Mr. Mir and his teammates were preparing for PMCO Fall Split, a quarterly international PUBG tournament; “internet was banned long before we could even make it to qualifying rounds.” The prize money was 200,000 dollars.

2018 was a major year for e-sports scene in the country as it hosted three international events — ESL One Mumbai, COBX Masters, and DreamHack Delhi. According to a report by ESportsObserver, prize pools paid out from Indian tournaments saw an increase of over 180 per cent — from above 500,000 dollars in 2018 to over 1.5 million dollars in 2019.

Anyways, Mr. Mir had thought of taking a break from e-gaming before August 2019 — but the blackout has proven a disadvantage for him. “The long shutdown made me more addicted; all I wished was the restoration of internet so that I could play again.”

Being an artist, he was fond of visuals and was fascinated by the way games looked and processed. “[In the blackout] my high-end spec smartphone was a piece of trash,” says Mr. Mir. “I could do nothing on it but listen to offline music.”

The restoration of 2G internet services on 25 January brought some relief for Mr. Mir. Now, he could connect to Virtual Private Network (VPN) applications to surpass the blackout. But, pending heavy updates and fluctuating connections couldn’t contain his joy for long. “Being an e-gamer is useless in Kashmir,” he says. “What harm does a game bring to the state?”

After reading constant reports, and rumors, claiming that the government will restore the internet soon, Mr. Laharwal came back to Kashmir in January 2020. Although, grieved Mr. Laharwal is a PC-gamer and VPN is of no use to him.

“What is this whitelist anyways?” he questions, referring to a list of about 1,500 websites made accessible by the government on 2G internet. “Can you imagine going to administration and asking to unblock steam (a popular digital video game distribution service)?” Mr. Laharwal believes the official will ask him to “get out”.

He would not suggest anyone to pursue a career in e-sports in Kashmir. “Mark my words — e-sports will take over the world within five to ten years. The scene will explode. But in Kashmir, it is at least fifty years away.”

Yashraj Sharma is an Assistant Editor and Features Writer at The Kashmir Walla.

The story orginally appeared in our 24 February-1 March 2020 print edition.

‘Koshur’: Is literature dissipating, or are readers?