Kashmir should be resolved according to UN resolutions: UNSG in Pakistan 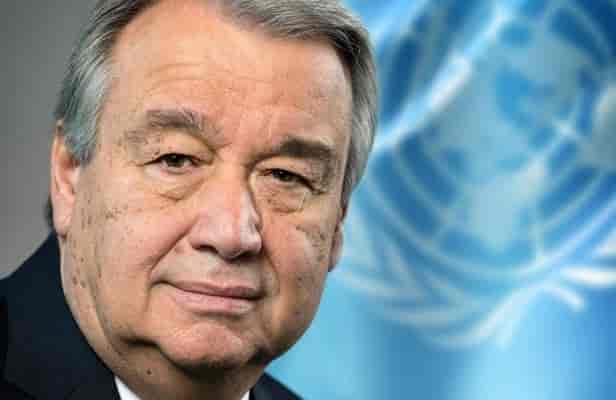 Srinagar: The UN chief Antonio Guterres said that the issue of Kashmir should be resolved according to UN resolution as he began his four-day visit to the Pakistan.

“UNMOGIP (UN Military Observers Group in India and Pakistan) should be given free access. It is already there on the Pakistan side, and it should also be given on the other side,” he said.

“We have taken a position that UN resolutions (on Kashmir) should be implemented, there should be ceasefire (on LoC) and human rights should be respected,” he said.

India maintains that UNMOGIP has outlived its utility and is irrelevant after the Simla Agreement and the consequent.

UN chief also said that it was important for India and Pakistan to de-escalate “militarily and verbally” and exercise “maximum restraint” .

Addressing a press conference after his meeting with Pakistan Foreign Minister Shah Mahmood Qureshi, the UN Secretary-General said he was “deeply concerned” over the situation in Jammu and Kashmir and tensions along the Line of Control.

The UN chief on Sunday arrived on a four-day visit to Pakistan during which he will attend an international conference on Afghan refugees and visit Gurdwara Kartarpur Sahib.

“Diplomacy and dialogue remain the only tools that guarantee peace and stability with solutions in accordance with the Charter of United Nations and resolutions of the Security Council,” Guterres told reporters.

He emphasised the importance to “de-escalate, both militarily and verbally” while talking about relations between Pakistan and India.

Guterres said he had “repeatedly stressed the importance of exercising maximum restraint”.

“I offered my good offices from the beginning. I am ready to help if both countries agree for mediation,” he said.

Qureshi in his remarks said that he briefed Guterres on the “challenging situation” after India revoked the special status of Kashmir.

He also demanded that UN human rights commissioner should come up with a report on post-August situation in Kashmir.