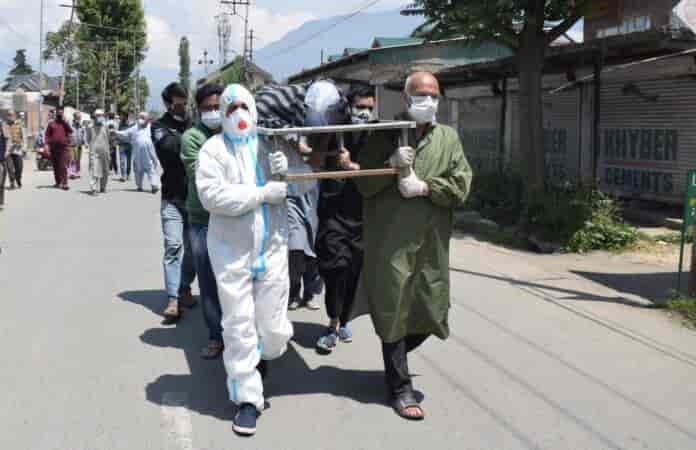 Jammu and Kashmir reported 97 fresh covid-19 cases even as two persons succumbed to the virus in the last 24 hours, officials said on Sunday.

They said 21 of the cases were reported from Jammu Division and 76 from Kashmir Valley, taking the infection tally to 323422 in J-K.

A number of these cases were confirmed at diagnostic laboratory of CD hospital here.

Meanwhile, there were two deaths due to the virus—one each from Jammu and Kashmir. So far 4397 people have fallen victim to the pathogen in J&K—2157 in Jammu division and 2240 in Kashmir.

Moreover, they said, 110 more COVID-19 patients have recovered, 45 from Jammu Division and 65 from Kashmir Valley.

There was no fresh confirmed case of mucormycosis (black fungus) reported today. Thus far 42 black fungus cases have been confirmed in J-K, the officials added. (GNS)

Previous articlePreparations to hold assembly election in J-K on: PM Modi
Next articleKathua helicopter crash: Body of one missing pilot found after 13 days