ITBP trooper shoots 3 colleagues before killing self in J-K 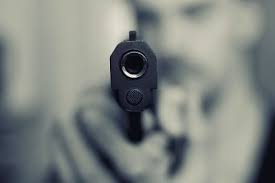 An Indo-Tibetan Border Police (ITBP) trooper Saturday fire at his three colleagues before shooting himself dead at a camp in Udhampur district of Jammu and Kashmir, officials said.

The incident took place around 3:30 pm at the Devika Ghat community centre in the district.

Constable Bhupendra Singh shot at his colleagues, leading to bullet injuries to a head constable and two constables, a senior ITBP officer said.

They are admitted to a hospital, and are out of danger, he said. Constable Singh later shot himself from the INSAS service rifle and he died on the spot, he said.

A court of inquiry has been ordered by the border guarding force, the official said. (PTI)