MBS brings up Shireen’s killing after Biden confronts about Khashoggi 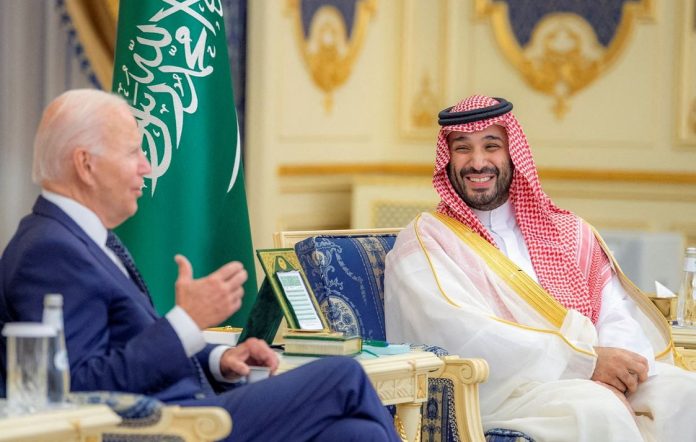 In the meeting between the two leaders on Friday, Bin Salman, also known as MBS, denied responsibility for the killing of Khashoggi at the kingdom’s Istanbul consulate. Biden said he inidicated that he disagreed with MBS, based on US intelligence assessments, according to the source.

In response to Biden bringing up Khashoggi, MBS cited the sexual and physical abuse of prisoners at Iraq’s Abu Ghraib prison by US military personnel and the May killing of Palestinian-American journalist Shireen Abu Akleh in the occupied West Bank as incidents that reflected poorly on the US, the source said.

Saudi Minister of State for Foreign Affairs Adel al-Jubeir echoed the sentiment in an interview with CNN’s Wolf Blitzer shortly after the end of the meeting, which Jubeir was part of.

“We investigated, punished and ensure that this doesn’t happen again,” Jubeir said when asked about the Khashoggi murder. “This is what countries do. This is what the US did when the mistake of Abu Ghraib was committed.”

The Abu Ghraib prison was a US Army detention center for captured Iraqis from the start of the US invasion of Iraq in 2003 until the prison’s closure in 2006. In 2004, a trove of graphic images from the prison was leaked, depicting the torture and sexual abuse of Iraqi prisoners by US military personnel. Eleven US soldiers were convicted of crimes relating to the scandal.