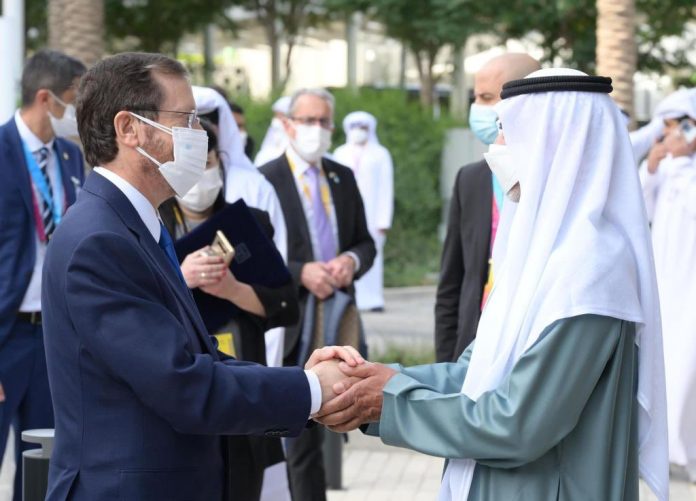 Leaders of both countries discussed aspects of cooperation under the Abraham Accords Peace Agreement, signed by the two nations in 2020 and touched on various regional and international developments, issues of common concern, and international efforts to accelerate the pace of global recovery.

On Herzog’s visit to the mosque, he was accompanied by Michal Herzog; Mohammed Al Khaja, the UAE’s ambassador to Israel; Amir Hayek, Israeli Ambassador to the UAE; and several senior Israeli officials, reported Khaleej Times.

They were educated by one of the Centre’s cultural tour professionals on the Sheikh Zayed Grand Mosque’s noble message, which emphasises ideals of cohabitation, tolerance, and openness to cultures, as espoused by the late founder’s rich legacy.

They also learned about the mosque’s history, components, and aesthetic features of Islamic art and architecture and about the mesmerising fusion of architectural styles from different eras that reflect commonalities between cultures and unite the world through art.

On his second day of the visit, Herzog also launched national day at Dubai Expo 2020. Notably, this is the first-ever visit of the Israeli President to UAE.