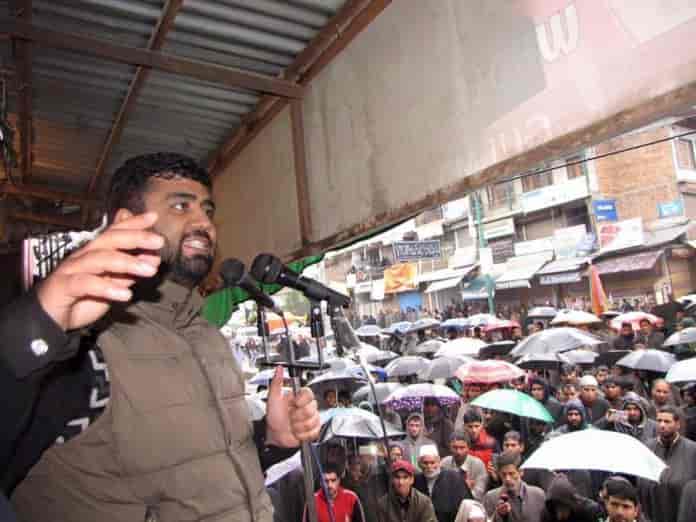 Srinagar: The Jammu and Kashmir Anjuman Sharie Shian’s Aga Syed Mujtaba Abbas has termed the Quds Day as the day to express solidarity with the oppressed people and demonstrate the resentment against the oppressors.

In a statement issued here the spokesman quoting Mujtaba said, “It is the day which breaks the back of Zionist forces and their allies. It is the day of persecuted ones against the tyrants. Its a day to remember Quds, (jerusalem) our first Qibla, the beloved land of Palestine and the catastrophe and calamity that was brought upon them with the creation of the State of Israel,”

Aga Mujtaba said Founder of the Islamic Revolution Imam Khomeini inaugurated Al-Quds day as an integral part of Ramadan so that Muslims would never forget their responsibility and duty towards Palestine and all oppressed people in the world. The day is held each year on the last Friday of Ramadan.

Meanwhile, Anjuman Sharie Shia also expressed solidarity with the editor of The Kashmir Walla, Fahad Shah who was summoned by cyber police station over the coverage of aftermath of Srinagar gunfight.

The organisation said that such tactics won’t stop journalist from presenting Kashmir’s agony and pain.

Previous articleYouth hangs self to death in south Kashmir’s Anantnag
Next articleFight to liberate Palestine is an obligation and an Islamic jihad: Khamenai