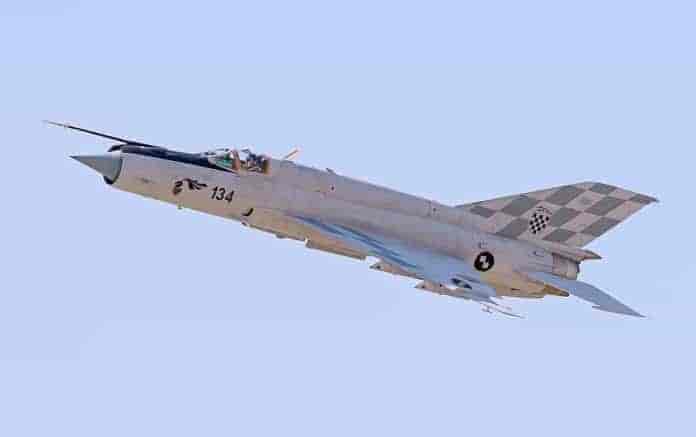 The Indian Air Force or IAF has drawn up a three-year timeline to phase out the remaining four MiG-21 fighter squadrons with one of them set to retire from service in September, quoting the people familiar with the development Press Trust of India (PTI) reported.

The Indian Air Force also plans to start the phasing out of the three squadrons of MiG-29 fighter jets in the next five years (2027), they told PTI.

At the same time, they added that the plan to phase out the Soviet-origin aircraft fleet is part of the IAF’s modernization drive and it is not related to the latest crash of a MiG-21 jet in Rajasthan’s Barmer on Thursday night.

Wing Commander M Rana and Flight Lieutenant Advitiya Bal, the two pilots of the jet, were killed in the crash that once again put the spotlight on the aging fleet.

The plan is to retire all the four MiG-21 squadrons by 2025, people familiar with the development told PTI.

The Srinagar-based No 51 squadron will be number-plated on 30 September. The number plating refers to the retirement of a squadron that generally comprises 17-20 aircraft.

The squadron, also known as ‘Swordarms’, was part ‘ of ‘Operation Safed Sagar’ during the Kargil conflict in 1999 as well as the operation to repulse Pakistan’s retaliatory action on 27 February 2019, a day after India’s air strike in Balakot inside the neighbouring country.

Wing Commander Abhinandan Varthaman, who was from the No 51 Squadron, downed an enemy jet during aerial combat. He was later conferred with the Vir Chakra award by then President Ram Nath Kovind.

Abhinandan Varthaman is now a Group Captain, as per the report.

Currently, the IAF has around 70 MiG-21 aircraft and 50 MiG-29 variants. “We are also planning to retire the MiG-29 fleet and the process will start in next five years,” an official said.

MiG-21s were the mainstay of the IAF for a long time. However, the aircraft has had a very poor safety record of late.

The first fleet of the MiG variant was inducted into the IAF in 1963 and India procured over 700 MiG-variants in the subsequent decades.

To help the IAF replace its aging fighter fleet, the Defence Ministry in February last year sealed a 48,000 crore rupees deal with the Hindustan Aeronautics Ltd (HAL) for the procurement of 83 Tejas fighter aircraft. The IAF is also in the process of procuring 114 Multi-Role Fighter Aircraft (MRFA).

A senior official said the IAF will not be able to reach the sanctioned strength of 42 squadrons in the next 10-15 years notwithstanding all the planned acquisitions as a significant number of aircraft are being phased out.