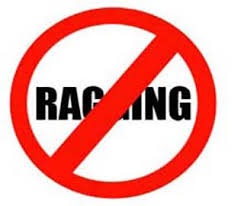 The students alleged that some seniors forced them to engage in sexual acts with pillows and also misbehave with their female classmates.

The matter came to light when the students filed a complaint with the Anti Ragging Helpline of the University Grants Commission (UGC). In the complaint, the victims alleged that their seniors forced them to perform indecent and obscene acts, including unnatural sex. They then asked them to name any female batch mate and make derogatory remarks about her.

As per the report, the UGC’s anti-ragging unit had informed the MGMMC dean of the complaint, asking him to lodge an FIR. Thereafter, the matter was handed over to the police for appropriate action.

Meanwhile, MGM Medical College Dean Dr Sanjay Dixit said, “An aggrieved student had complained to the UGC’s anti-ragging helpline a few days ago. Following this, a meeting of the anti-ragging committee was convened immediately on receiving the mail. The committee endorsed an FIR and a letter was sent to the police.”

Speaking on the matter, Sanyogita Ganj police station in-charge Tehzeeb Qazi said, “We have registered a case of ragging on the complaint of MGM College. 8 to 10 students have been booked under Sections 294, 323, 506 of the Anti Ragging Act.”

Previous articleIndia to ground all MiG-21 jets by 2025: Report
Next articleWatch | ‘No need to panic’: Dr. Nisar Ul Hassan on Covid-19 in Kashmir