‘If you don’t educate human race, it won’t stop’: Holding breaks down in #BLM tribute 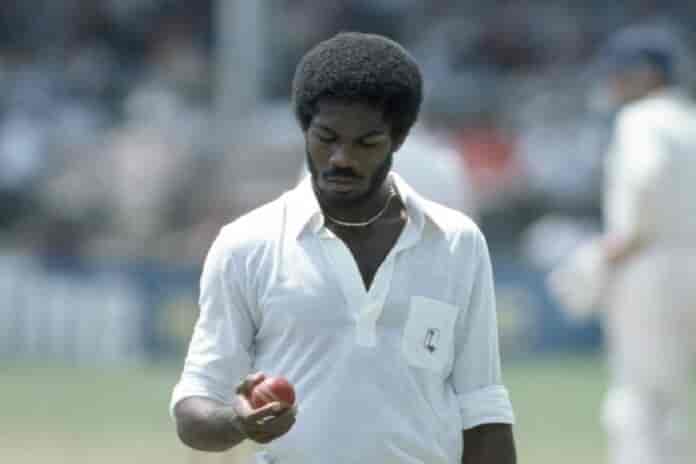 West Indies legend Michael Holding on Wednesday gave a powerful message against racism while invoking both history and religion to talk about the gap in education, which has allowed racism to foster over the years.

He was speaking to Sky Sports host Ian Ward, where the former quick was asked about how he felt about speaking on the topic of #BlackLivesMatter, a campaign against racism that started after the death of an African-American person, George Floyd, in US. Mr. Floyd died after a white policeman choked him with his knee during an arrest.

“Education is important, unless we just want to continue living the life that we are living and continue having demonstrations every now and then and a few people saying a few things.

“When I say education I say going back in history. What people need to understand is that these things stem from a long time ago, hundreds of years ago. The dehumanisation of the black race is where it started. People will tell you that ‘oh it’s a long time ago, get over it’. No, you don’t get over things like that,” Mr. Holding was quoted as saying by Hindustan Times.

He went on to talk about the case of Amy Cooper, a white woman who ‘falsely’, accused an African-American man of threatening her life in New York, and highlighted the problem of racism.

“That lady in central park in New York…if she did not have in her DNA the thought process that she is white and this man is black and ‘if I call a police officer, nine times out of ten he is going to be white and I will be considered right immediately. The black guy will have to prove that he is not guilty and by the time he has to prove that he might be dead.’

“She had that in her mind from day one and that is why she said and did what she did. How do you get rid of that in society? By educating both black and white,” Mr. Holding said.

He went on to invoke religion and spoke about how it was used over the years to create a sense of bias in the society.

“I go back many years, think about religion. You and I both are Christians….look at Jesus Christ. The image that they give of Jesus Christ, pale skin, blonde hair, blue eyes. Where Jesus came from, who in that part of the world looks that way? Again that is brainwashing, this is to show, ‘look this is what perfection is, this is what the image of perfection is.’

“If you look at the plays of those days. Judas, who betrayed Jesus, is a black man. Again brainwashing people to think, ‘oh he is a black man, he is the bad man’,” the former Windies quick said.

He also went on to talk about how the achievements of African origin people have been downplayed over the years by giving the example of Lewis Howard Latimer, who invented the carbon filament used in bulbs.

“Everything should be taught. When I go back I remember my school days, I was never taught anything good about black people. And you cannot have a society that is brought up like that, both whites and blacks, which is only taught what is convenient to the teacher,” Mr. Holding said.

He also spoke about the misgivings people have about ‘black’ people and said that it is only through education and such problems can be solved.

“They keep on telling me, there’s nothing called white privilege, give me a break! I go see white people going into a store and there is nothing, a black man walks in and somebody is following him everywhere he goes. That is basic white privilege. Whether that white person robs the place or not he is never going to be thought of that way and things like that have to change,” Mr. Holding concluded.

Previous article“He was his own god”: Aussie surfer raped, held captive for two months in Srinagar
Next articleCOVID-19: Five deaths in a day, J-K death toll 148