“He was his own god”: Aussie surfer raped, held captive for two months in Srinagar 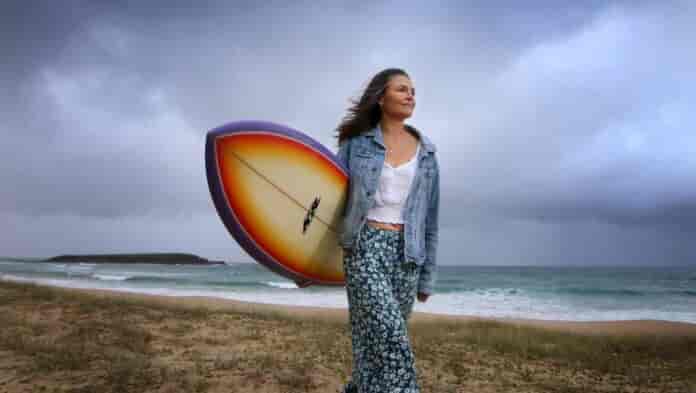 Carmen Greentree, now 37, was held captive by a houseboat owner in the famous Dal Lake of Srinagar, Daily Mail reported.

According to the report, Ms. Greentree, 22 at the time of the incident was a young surfer when she planned to visit the Himalayas to study under the Dalai Lama in May 2004.

Without any idea about the further journey, Ms. Greentree reached Delhi in May 2004. After being exhausted by the long journey from Sydney, she immediately said yes when an unknown man from Kashmir told her that he could help her in reaching Dharamshala.

Ms. Greentree completely ignored the warnings that she had been given to only use official government tourism services, which many unscrupulous private operators pretend to be to rip off tourists.

The unknown person convinced her to go with another person after reaching Srinagar. Ms Greentree was picked up from Srinagar airport on May 27 by Rafiq Ahmad Dundoo, who told her it was too dangerous to be outside alone as a woman and she needed to stay with him.

Soon after reaching the houseboat, Ms. Greentree realized that the person claiming to help her was not going to let her go anytime soon as he tried to “force himself onto her”.

‘It was constant pressure from the moment I got there. He was never going to let me go,’ said Ms. Greentree to Daily Mail Australia.

After constantly fighting Dundoo’s nightly advances, she finally gave in thinking that he would let her go after it.

“The worst feeling was when I gave in and let him take what he wanted. That was the first time he raped me. I was too tired, I couldn’t fight anymore, and I knew he wasn’t going to stop,” said Ms. Greentree.

Dundoo continued to rape her constantly for two months. Whenever she tried stopping him, he beat her up.

“I lost track of how many times he raped me. I’ve blocked it out so much I don’t remember most of [the assaults] anymore. I was completely broken; I wasn’t even me anymore. I was existing as a shell,” she said.

Ms. Greentree wanted to try and swim towards the shore after escaping the houseboat located in the middle of Dal but the thought of him capturing her again kept haunting her. Dundoo took away her belongings including her passport, identification proof and money.

“He made it very clear that he didn’t have a conscience and didn’t care, he was his own god and would do what he wanted with me. He showed me he had the intention to do harm and didn’t feel guilty about it,” said Ms. Greentree.

Dundoo’s family lived on the same houseboat but never tried to stop him from doing the crimes.

“I attempted to tell Rafiq’s father in the hope he would help me but he was very dismissive straight away. I think his brothers and father knew [he was abusing me] but they thought it was normal, they just considered women to be property,” she said.

Ms. Greentree was forced by Dundoo’s family to wear Kashmiri attires and follow the Islamic religion.

“They bought me a rug and heavily encouraged me to pray five times a day and gave me a Quran with English translations to learn. I read it cover to cover twice just to pass the time,” she said.

Nobody tried saving her for a long time as she was habitual to travelling for long times. Her rescue only began when her friend, Katherine, had a dream about her. She managed to convince the police that Ms. Greentree was in some kind of trouble.

The biggest mistake that Dundoo made was convincing her to call her family to ask for money from his phone. After the investigation began, police located the address using the number.

On July 25, Ms. Greentree was rescued from the houseboat by a group of armed officers who arrived in boats. After retrieving her passport, she was taken to Delhi from where she was sent back to Sydney eventually.

Because of the trauma that the incident left on her, Ms. Catherine did not testify against her rapist.

“I was supposed to go back to India and give evidence in court but I couldn’t go through with it, I wish I had,” said Ms. Greentree.

The pair are believed to have spent six months in jail charged with rape before the case collapsed and they were released.

After sixteen years after her ordeal, Ms Greentree has published her book A Dangerous Pursuit of Happiness writing in detail about her abduction and how she recovered.

Previous articleAfter 23-years of jail, loss of life and love
Next article‘If you don’t educate human race, it won’t stop’: Holding breaks down in #BLM tribute