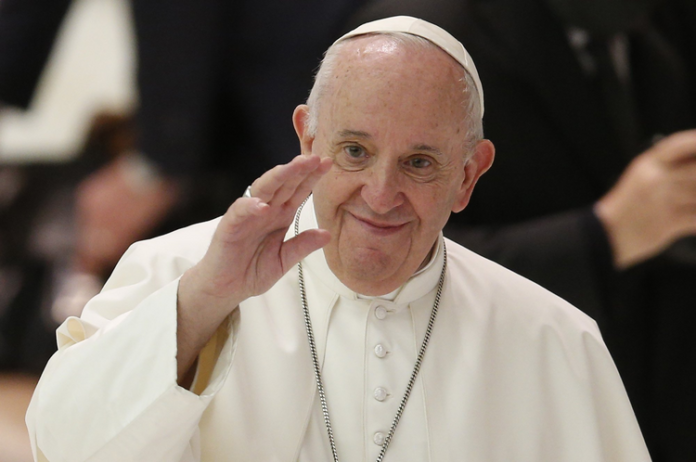 Pope Francis became the first pontiff to endorse same-sex civil unions in comments for a documentary that premiered on Wednesday.

The thumbs-up came midway through the feature-length documentary “Francesco,” which premiered at the Rome Film Festival. The film, which features fresh interviews with the pope, delves into issues Francis cares about most, including the environment, poverty, migration, racial and income inequality, and the people most affected by discrimination, Associated Press reported.

“Homosexual people have the right to be in a family. They are children of God,” Mr. Francis said in one of his sit-down interviews for the film. “You can’t kick someone out of a family, nor make their life miserable for this. What we have to have is a civil union law; that way they are legally covered.”

While serving as archbishop of Buenos Aires, Francis endorsed civil unions for gay couples as an alternative to same-sex marriages. However, he had never come out publicly in favor of civil unions as pope, and no pontiff before him had, either.

Catholic teaching holds that gays must be treated with dignity and respect but that homosexual acts are “intrinsically disordered.”

Previous article“No art-370 means license to own property”: UP CM rakes up Kashmir in Bihar
Next articleLAHDC polls: Voting in Leh underway, 94 candidates in fray