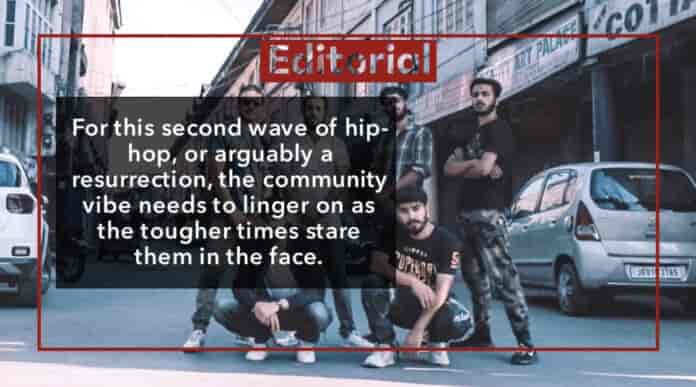 Hip-hop started as a cultural movement that gained a name in the United States’ west coast. For decades, it has found razor-sharp voices in conflict-ridden zones as artists documented miseries that happened on their streets, with them or in front of them, which had slowly taken the shape of conscious-rap. That’s what struck Kashmir, too, when the uprising of 2010 found the voice of MC Kash. But it wasn’t the scene — he was a torch-bearer who found no one walking behind him. When the void was filled by the vicious misogynistic themes, Kashmiri hip-hop has returned for good. In the times when Kashmir battles for the perseverance of its regional and cultural identity, these artists have taken up their mother-tongue to tell their own stories. A lot of things have changed since the MC Kash era; new artists have come up from the same streets who are now focusing on issues of their times. Going along the current line, a crackdown on these voices cannot be ruled out. It has already started as seen in the case of a young artist from north Kashmir. His summon has laid the foundation of censorship of these artists much like faced by MC Kash. Nonetheless, unlike earlier times, there is a sense of community among the artists wherein they have come ahead to support each other, morally as well as with opportunities. For this second wave of hip-hop, or arguably a resurrection, the community vibe needs to linger on as the tougher times stare them in the face.