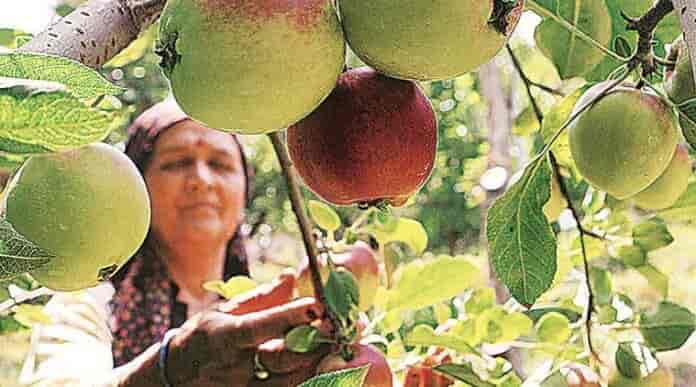 Farmers and fruit growers of Himachal Pradesh have decided to hold a state-wide demonstration on 15 March.

Thirteen farmers and orchardists’ organisations of Shimla, Kullu, Kinnaur, Sirmaur and Mandi met in the state capital on Tuesday and decided to form a joint forum, including associations of milk producers, vegetable and flower growers, Hindustan Times.

To start with, a 17-member committee was formed with Harish Chauhan as its convener.

“The forum will try to bring a change in the policies responsible for the crisis in the agriculture and horticulture sectors through a public movement,” said Kisan Sabha state chief Kuldeep Singh Tanwar.

He said the farmers expressed concern over the rising input costs, while they were not getting the right price for the produce. “Assistance to farmers and orchardists has been cut. Continuous reduction in subsidy in fertilisers, seeds, fungicides, pesticides, agricultural and horticulture equipment has led to an unprecedented rise in input cost,” Tanwar was quoted as saying by the newspaper.

During the meeting, he said, representatives agreed on three demands. The first is to repeal the three farm laws and enact a new law enabling farmers to sell their produce above the minimum support price (MSP). Second, all fruits, vegetables, milk, flowers and other crops, including apples, should be brought under the purview of the MSP law and purchase centres should be opened in the state. Third, apple should be declared a special product and 100% import duty should be imposed on it.

Apple growers in Himachal, he said, faced losses due to cheaper apples being imported from China, Iran and Turkey.

The ₹6,000-crore apple economy is the mainstay for over 2 lakh families in Himachal Pradesh.