‘He was not suffering from depression’: Budgam family rejects Punjab govt’s claims 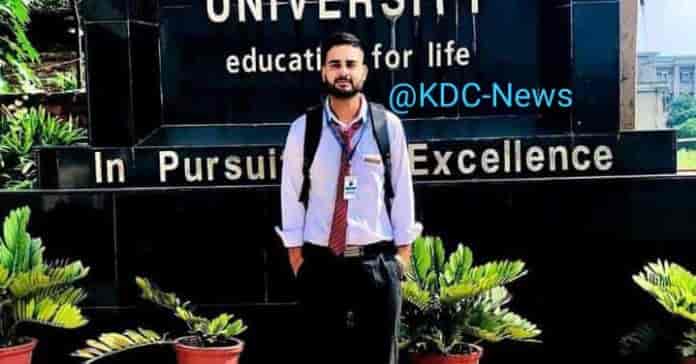 The Punjab government had also said that the family was satisfied with the probe conducted by the police, a claim now rejected by the family.

Umar Dev, a Radiology student from Chewdara Beerwah area of Central Kashmir’s Budgam district was found dead in RIMT University of Punjab. His body was laid to rest at his native village yesternight.

The media in charge of Punjab Chief Minister Raveen Thukral in a series of Tweets claimed while quoting Punjab Director General of Police that he was informed by DGP that Umar Dev was in depression and he left behind a suicide note. He further said that his brother Shaukat, a Jammu Kashmir Police constable, has reached FGS while Postmortem being conducted & his family is satisfied with the investigations.

The brother Showkat Ahmed and cousin Altaf Ahmed told news agency Kashmir News Trust that although they are thankful and satisfied with the support they got from Jammu and Kashmir Police and Punjab Police but they want a thorough probe into the incident.

They said Umar was not suffering from any depression and post mortem report is still awaited. “We have learnt that there was a fight between Umar and other boys in the University and that incident is yet to be investigated,” they said.

The family made a fervent appeal to Jammu Kashmir and Punjab Government to take the matter seriously and investigate the matter thoroughly. (KNT)