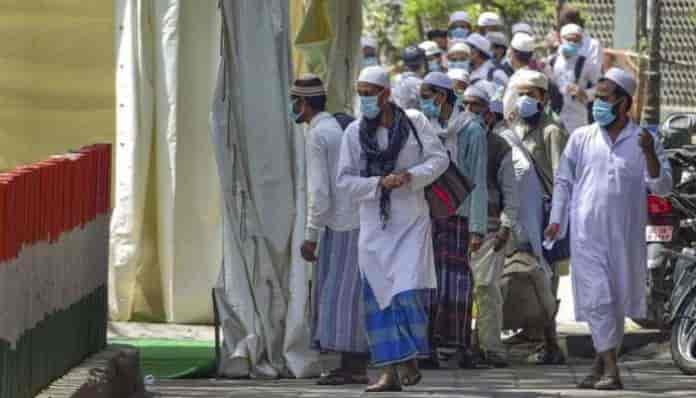 The Bombay High Court has said that 29 foreign nationals who had attended the Tablighi Jamaat event in Delhi’s Nizamuddin Markaz in early March, had not violated visa conditions nor propagated Islam, neither were they responsible for the spread of Covid-19 in the country.

The court also quashed First Information Reports filed against them

In a strongly-worded judgment on Friday, the Aurangabad Bench of the court said, “A political government tries to find a scapegoat when there is pandemic or calamity and the circumstances show that there is probability that these foreigners were chosen to make them scapegoats.”

A Division Bench of Justices TV Nalawade and MG Sewlikar was hearing a petition concerning cases against foreign and Indian nationals booked under The Epidemics Act, The Disaster Management Act and The Foreigners Act for attending the Markaz event. The court also quashed FIRs filed against seven Indian nationals, Indian Express reported.

The court referred to various circulars and guidelines issued by the Centre, including those issued after the Tablighi Jamaat congregation in Delhi was held, and observed that there is no restriction on foreigners visiting religious places and being part of usual religious activities like attending religious discourses.

The petitioners, who are from various countries including Iran, Ivory Coast and Indonesia, said they had come to India on valid visas issued by the Indian government and “that they had come to experience Indian culture, tradition, hospitality and Indian food. They said they were screened at the airport in accordance with the procedure. They also said they had informed local authorities about their stay and were only here to observe religious practices of Islam and not to propagate the religion”.

The police opposed their claims and stated that they had come on tourist visas but were found violating norms.

The court said the Maharashtra Police had acted “mechanically” in the matter. “It appears that the state government acted under political compulsion and police also did not dare to exercise powers given to them under provisions of procedural law like the Criminal Procedure Code and substantive laws,” it said.

The court said the records showed that there was “non-application of mind” by the police and hence chargesheets were filed despite no prima facie evidence.

The court further said the government cannot give different treatment to citizens of different religions of different countries, adding social and religious tolerance is a practical necessity for unity and integrity of India and is made compulsory by the Indian Constitution.

Regarding them being given shelter in mosques, the court said allowing some foreigners to stay in the premises of the mosques when a lockdown is in place, cannot be said to be a violation of law. It said that due to hotels and restaurants being closed, arrangements were made by many religious places, including gurdwaras, for those stranded including migrant workers.

“Thus, giving shelter to such persons could not have been treated as offence, commission of the act of disobedience of orders,” the court said. It added that the mosques in question were closed for congregation for the general public as per the district authority’s orders and there was no material to show that any person from the locality had been allowed to enter the mosque for offering namaz to prove the police’s claim that the mosques were opened in violation of law.

The court also relied on the documents of the foreign nationals to show that they had arrived in the country in February and some at least before March 10 when no lockdown was in place.

On charges of spreading the novel coronavirus, the court said, “The material discussed shows that no such nuisance was created by the foreigners or Indian Muslims and only an attempt was made by others to create such atmosphere against them.”

Under the title, Background of Malice, the court said it was considering what must have tempted the authority to issue such directions against foreigners like the petitioners. “The record of this matter and the submissions made show that action of central government was taken mainly against Muslim persons who had come to Markaz Delhi for Tabligh Jamaat. Similar action was not taken against other foreigners belonging to other religions,” it said, referring to this action being an “indirect warning to Indian Muslims” after large-scale protests were held against the Citizenship Amendment Act, 2019 across the country.

The court also said there was a ‘big”, “unwarranted”, propaganda in the media against the foreigners who came to the Nizamuddin Markaz and “an attempt was made to create a picture that these foreigners were responsible for spreading Covid-19 virus in India”.

“A political government tries to find the scapegoat when there is pandemic or calamity and the circumstances show that there is probability that these foreigners were chosen to make them scapegoats. The aforesaid circumstances and the latest figures of infection in India show that such action against present petitioners should not have been taken. It is now high time for the concerned to repent about this action taken against the foreigners and to take some positive steps to repair the damage done by such action,” the court said.

It said that during the situation like the current pandemic, instead of being more tolerant and sensitive towards guests with our culture propagating, “Atithi Devo Bhavo”, they were lodged in jails by making allegations that they were responsible for violation of travel documents and for spreading the virus when no such evidence was found. It added that the Tablighi Jamaat was an activity ongoing for more than 50 years and happens throughout the year.

It refused to grant a stay to the order for an appeal since the procedures to grant permission to foreign nationals for their return and arrangements for flights would take time anyway.