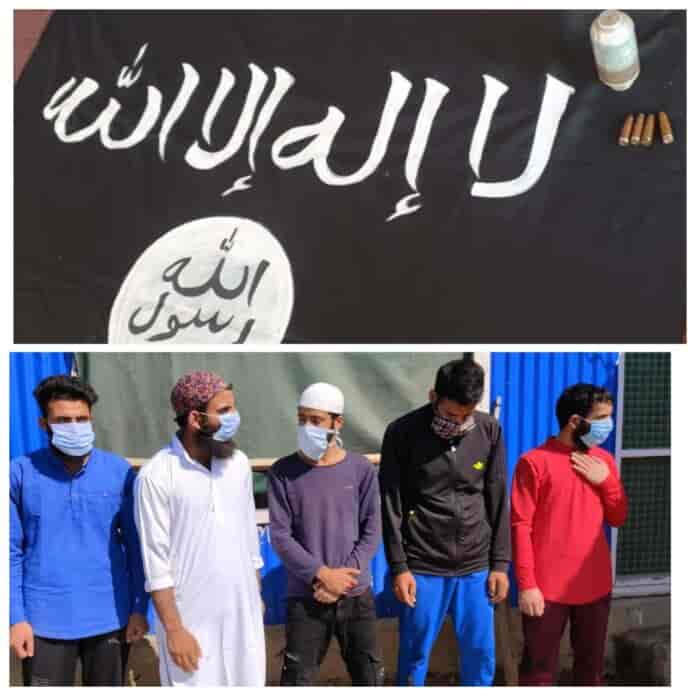 In a statement issued here, a police spokesperson said, “On a credible input, Bandipora Police have arrested five  associates linked to proscribed militant outfit ISJK. Incriminating material including Matrix Sheets, ISJK Flags and ammunition has been recovered from their possession,”

The spokesperson further said, “Preliminary investigation revealed that arrested militant associates are linked to proscribed militant outfit ISJK and carried out the recce of Army camp to attack in future. They were also involved in motivating and radicalizing the local youth to join the proscribed militnat outfit,”

Adding that they were also making flags of ISJK militant outfit in Chittibandy Aragam area of Bandipora and further supplying it to their associates in Srinagar.

Accordingly, a case FIR No. 30/2020 under relevant sections of law has been registered in Police Station Aragam and further investigation has been initiated.