Five killed in Bengal as violence erupts during polls 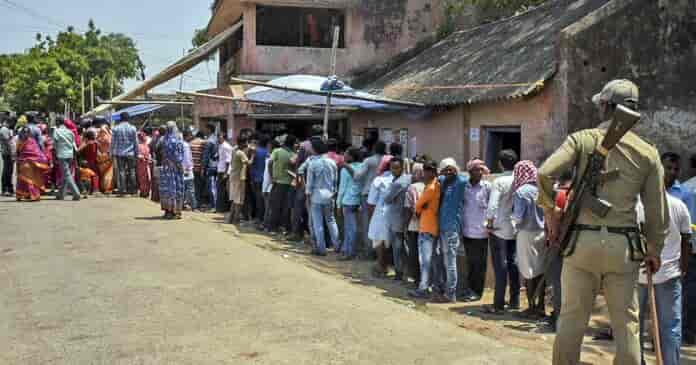 Five people were killed in West Bengal after violence erupted in the fourth phase of elections, The News Minute quoting agencies reported.

According to the report, four persons were killed when central forces opened fire on an unruly mob in Sitalkuchi Assembly constituency in Mathabhanga block in Cooch Behar district on Saturday.

In another incident in the same constituency a first-time voter was killed, taking the total number of deaths to five.

Four persons were killed as central forces allegedly opened fire after coming under attack from locals, who “attempted to snatch their rifles”, in West Bengal’s Cooch Behar district on Saturday, police said. The incident took place in Sitalkuchi area when voting was underway, a senior district police officer said.

“As per preliminary reports, four persons were killed as CISF personnel opened fire after coming under attack in a village,” said the police officer.

“A scuffle took place, and locals gheraoed them and attempted to snatch their rifles, following which the central forces opened fire. Further details are awaited,” he said. The TMC claimed that the four deceased persons were its supporters. When asked whether any action has been taken against the CISF personnel, the officer said, “It is for the Election Commission to decide. As per our reports, they opened fire in self-defence.”

Clashes broke out between TMC and BJP activists in Mathabhanga area of Sitalkuchi while voting was underway, a source said. “Some of them gheraoed CISF personnel outside a polling booth and attempted to snatch their rifles, after which the incident took place,” he said.