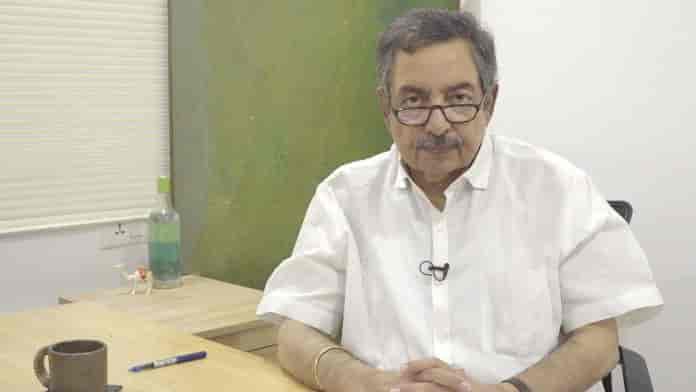 An FIR has been registered against senior journalist and anchor Vinod Dua by Delhi Police’s crime branch.

According to a report by The Wire the FIR has been registered on the basis of a complaint filed by Delhi Bharatiya Janata Party spokesperson Naveen Kumar.

The complainant has accused Dua – known for continuously question the government of the day and the ruling party – of “fake news marketing” through his show on the YouTube channel HW News. One of the complaints is that Dua made “fun of the Prime Minister by using derogatory word as a scaremonger”.

Filed at the Laxmi Nagar police station of Delhi on June 4, the FIR alleged that Dua is “committing offence of public nuisance, mischief, printing and engraving matters known to be defamatory, intentional insult with intent to provoke breach of peace, statements conducting to public mischief, etc. and other cognizible offence inter alias offence punishable under various sections of Indian Penal Code and Information Technology Act”.

Kumar, formerly associated with Zee News, particularly mentioned an episode of the show aired on March 11, 2020 featuring former Congress MP Jyotiradiya Scindia jumping over to the BJP to claim that he “made a false and imposter reporting whereby he used genuine content and shared (the) same with false, made-up sources”. He has also been accused of using “unparliamentary language” in that episode. What is to be pointed out is that the complainant also took umbrage at the mention by Dua that the Vyapam scam took place “in BJP era” in Madhya Pradesh.

Kumar has also accused Dua of “misreporting” during the Delhi riots by questioning the Central government’s role in controlling it, and allegedly “put his word in the mouth of Kapil Sharma (BJP MLA who delivered an inflammatory speech just before the riots took place)”.

“His (Dua’s) ethics, virtue and integrity are under serious cloud of doubt as he is involved in the scam and business of fake news marketing”.

According to news reports, the police registered the complaint under IPC sections 290 (punishment for public nuisance in cases not otherwise provided for) and 505 (statements conducing to public mischief) and 505 -2 (statements creating or promoting enmity, hatred or ill-will between classes).

Three young girls (name withheld) riding on a Scooty were injured after the Scooty they were riding met with...
Kashmir