The Kashmir Walla
Support Us
MagazineInterviews 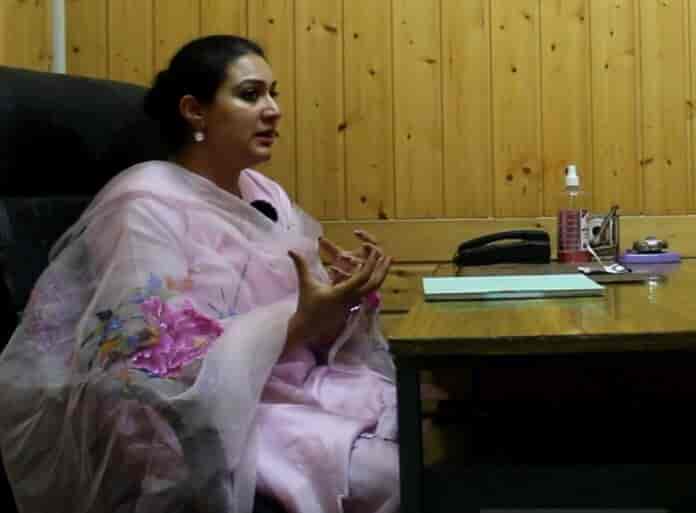 Drug addiction has seen an unprecedented increase in the past few years in Kashmir as the cases and inflow of patients at designated hospitals have increased manifold. Zoya Mir, a clinical psychologist talks to The Kashmir Walla’s Pirzada Shakir, to give details about the emergence of cases, effects, and treatment.

What is drug addiction and what pushes people into it?

It is a brain disease, once a person starts consuming drugs and in response, it starts consuming its consumer. Firstly a person starts consuming it out of his/her own will for the pleasure he gets out of its consumption. Eventually, it becomes one’s compulsion to consume it more and more. With its extensive use, one loses sense as his/her neuro cognitive functions get damaged with the passage of time. If addicts remain away from drugs he/she doesn’t get pleasure as his/her dependency has increased on drugs. Eventually, addiction turns into illness.

Some people get into drugs out of curiosity and thrill in adolescence and some out of peer pressure, emotional stresses, financial stress. There is a wide array of reasons that push people into drugs.

Patients admit that they had no idea of its bad consequences, if they had, they would have never taken it.

How can parents understand that their children have become drug addicts? Is there manifestation of any behavioural changes?

As you may have heard that it is being said that parents do not take interest in children but it is not like that, it is beyond that as children (drug addicts) cover it so well. But parents have to keep a vigil on their children and monitor their activities. If they (parents) find behavioural changes in the children like they (children) remain secluded, talk less, become irritable, behave strangely, if your children injects drugs you will find some marks on his/her body. These are some of the warning signs. We can know these things only by keeping close surveillance on the children.

What are the long term negative effects of the drugs?

The long term effects of drugs on one’s body are out of imagination. If we talk of heroin which is very dangerous as it causes serious life infections like Hepatitis C, HIV (human immunodeficiency virus) in some cases, and in some cases overdose of drugs cause death. These are some of the health complications. It causes chronic illness that becomes lifetime liability as it takes a long time to recover.

Has the inflow of drug addicted patients increased at the hospitals

We have a proper drug de-addiction centre here at the Institute of Mental Health and Neurosciences (IMHANS). We have seen a huge spike in cases in the last few years. Our de-addiction Outpatient Department (OPD) as well as in patient wards remain almost full but that is still the tip of the iceberg as many addicts still do not show up as there is a stigma attached to it in our society. Literally, patients come to the hospital at the stage when health damage is severe. At the initial stage of the addiction people do not prefer to come to the drug de addiction centre out of social stigma or some other reasons. We have a very good team who run the centre and people should come here and consult the psychiatrist to get rid of the drugs.

What is the responsibility of the Society in dealing with drug addicts and curbing the menace?

Society need not to stigmatise the situation rather have empathy for the patients who are addicted to drugs just like they have empathy for the patients suffering from other diseases. Difference of attitude towards the drug addicts would not let them seek treatment even if they wanted to. We need to accept it as an illness rather than stigmatising it.

What is treatment available for the patients?

There are different kinds of treatment available at the hospital. We have proper facilities here for its treatment and it is affordable and very easy to come to OPD and seek help. We have wards here at the Govt. Institute of Mental Health and Neurosciences (IMHANS) hospital where many patients are admitted and are being given required treatment.

Two minors were killed when a mud house collapsed due to landslides in Samole village in Muttal area of...
Kashmir