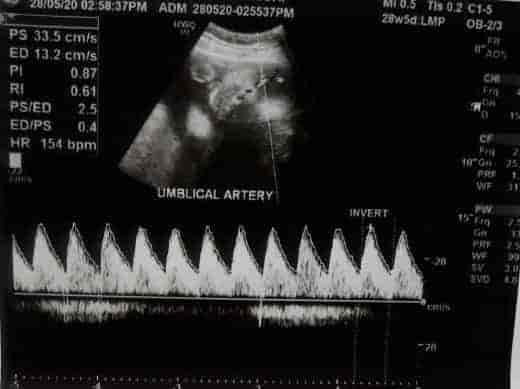 During a medical checkup when 33-year-old Jasmin Qureshi was expecting her first child in late 2019, a doctor at the private hospital insisted that she opt for a surgical procedure to deliver the baby, called the Cesarean Section or simply C-Section.

The doctor had dismissed her wishes of giving a natural birth saying that “people plan their deliveries” nowadays. “He told me that I should go to a government hospital as only they will be available for me for such a long time,” Qureshi recalled. “When a doctor tells you something like this, what options are you left with?”

Qureshi has also been experiencing a backache that has affected her day-to-day activities. “I was really active before and during my pregnancy. I washed all my clothes at home alone on the day of my going to the hospital for my delivery. Now I cannot do anything on my own,” she said.

Doctors compelling Qureshi to opt for C-Section, however, isn’t an exception. As per a recent statement by Doctors Association Kashmir (DAK), a staggering 82.1 percent of babies born in private hospitals are delivered through C-Section procedures. The recommended ratio by the World Health Organization, however, is merely 10 percent.

During a C-Section, the baby is delivered through an incision in the mother’s abdomen.

According to the DAK private hospitals force expecting mothers to undergo C-Sections as they “are motivated by money to perform needless surgical deliveries.”

The association’s president Nisar ul Hassan also added that needless C-Section procedures posed risks to both the mother as well as the child — it can lead to higher chances of infection and clotting of blood.

Given the lucrative market that health care has become and the elongated process of naturally delivering a baby, Qureshi believes that the doctor insisted she undergoes a C-Section to earn more money in less time.

“Do you think they will wait for us,” she said of private hospitals that charge hefty amounts for even basic medical care. “They can earn so much through C-Section rather than conducting normal deliveries.”

Yet, Qureshi maintains that inadequate facilities provided by the government had compelled families to opt for private care. “If women knew [government] hospitals are well-equipped with doctors ready to help all the time,” she said, “women wouldn’t have been so scared.”

Presently, the Kashmir Valley has barely two eminent maternity hospitals catering to its more than seven million large population — one in south Kashmir’s Anantnag and the Lal Ded Maternity Hospital in Srinagar city.

Without private hospitals, said Qureshi, government hospitals wouldn’t be able to cater to the public’s needs. “I don’t think we completely blame the doctor for malpractices and if we even blame them, do we have other alternatives?” she asked.

In the longer run

For 28-year-old Arus-ul-Huda, lifting her three-year-old toddler never felt as difficult as it does since her second C-Section. A resident of Srinagar’s Chanapora area, Huda spent the first seven months of her first pregnancy abroad before returning home.

She consulted a gynecologist at a private hospital in Srinagar who, in the ninth and final month of pregnancy, told Huda that her baby was positioned in a cephalic presentation: its head down and legs curled up towards the mother’s rib, considered ideal for delivery. “The doctor told me that chances for normal delivery were high,” said Huda.

However, after feeling a sudden pain and an increased heart rate, Huda again visited the doctor who informed that her unborn child’s heart rate was fluctuating. “The doctor asked me to make the decision as waiting for normal delivery could have been dangerous for the baby. So I decided to go for it.”

Three years later, in December 2019, when Huda conceived again, doctors at the private hospital now cited the COVID-19 pandemic and forced her into a C-Section delivery — stated to avoid risks of getting infected. However, during the surgery, Huda suffered a nerve compression in the left side of her body.

“I haven’t recovered even till now,” she said. “My left side aches so much that I am not even able to sleep properly since all these months.”

Moreover, doctors had this time also opted for local anesthesia instead of general anesthesia since, Huda believes, patients take longer to revive from the latter. “They don’t care if the patient can even move after that or not. I felt like I was going to die during the surgery,” she recalled having been conscious during the surgery. “I was charged around 40000 rupees during both my C-Sections.”

Since the second birth, Huda is facing multiple health issues including an enlarged spleen enlargement and acute backache. Performing everyday activities has become a constant struggle. “I recently lifted utensils but dropped them,” she said. “I also can’t take medicines since I am lactating.”

After a woman undergoes a C-Section, subsequent deliveries must also be done surgically to mitigate the risk of cesarean scar rupturing as well as other complications, said Rumana Masood, a senior resident doctor at the Sher-i-Kashmir Institute of Medical Sciences in Bemina. “You are ruining [future pregnancies] of the patient.”

Masood noted that “our hospitals are not even equipped with labour analgesia for giving some pain relief to women in labour. Naturally, every woman has this notion in mind that it is going to be a very bad phase for her.” Furthermore, nurses should also be trained to monitor pregnant women during labour pain to assist in patient care. “When they feel that the intervention from the obstetrician is required then they can call one,” she said, adding that “That part is lacking here.”

Masood, however, believes that the rate of C-Sections in Kashmir “has increased as women are not ready to go for the labour pain caused during normal delivery.” She added: “When women in the West conceive, they go for a specific type of lifestyle and exercises that make their pelvic muscles strong. Because of that, they have more and more chances of having normal delivery.”

But when women conceive in Kashmir, they are immediately sent to their parents’ home to rest, which leads them to “adopt a lazy lifestyle” and decreased chances of normal delivery, said Masood.

Through awareness programmes, said Masood, women should be told about the repercussions of having C-Sections. “Normal delivery is called so because it is normal physiology. Normal delivery is how nature wants things to happen,” she said.