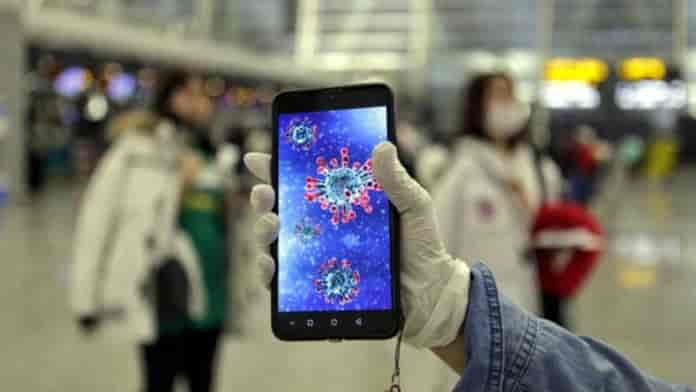 Srinagar: As the number of the novel coronavirus cases worldwide cross half-a-million mark, the pandemic has claimed at least 24,095 lives so far. While the number of people reported to have recovered stands at 124,387.

Over three billion people remain under lockdown as governments step up their efforts to contain the spread of the coronavirus pandemic. Becoming the hardest-hit nation after Italy, in Spain, the number of fatalities has surpassed those of China where the novel coronavirus is first reported to have emerged in December last year.

UN Secretary General Antonio Guterres has warned that only a concerted global effort could stop the spread of the virus as the number of confirmed cases worldwide soar past a whopping 532,936. The deaths have now been reported in 182 countries and territories, according to an AFP tally.

Spain saw the number of deaths surge to more than 3,400 after 738 people died on Wednesday and the government announced a 432-million-euro ($467 million) deal to buy medical supplies from Beijing.

The number of deaths in France was up by 231 on Wednesday to more than 1,330, and metro and rail services in it’s capital city, Paris, were cut to a minimum.

Spain and Italy were joined by France and six more European Union (EU) countries in urging Germany and the Netherlands to allow the issue of joint European bonds to cut borrowing costs and stabilise the eurozone economy.

Coronavirus cases are also spreading in the Middle East, where Iran’s death count topped 2,000, and in Africa, where Mali declared its first case and several nations announced states of emergency.

Meanwhile in India, the stay-at-home order for its 1.3 billion people is now the biggest, taking the total number of individuals facing restrictions on their daily lives to more than three billion.

In Russia, President Vladimir Putin has declared next week a public holiday and postponed a public vote on controversial constitutional reforms, urging people to follow instructions given by authorities.

In Britain, heir to the throne Prince Charles is the latest high-profile figure to be infected, though he has suffered only mild symptoms.

The G20 major economies held an emergency video-conference on Thursday to discuss a global response to the crisis, as did the 27 leaders of the European Union, the outbreak’s new epicenter.

China has begun to relax its own draconian restrictions on free movement in the province of Hubei – where the outbreak began in December – after the country reported no new cases. But China suspends entry for most foreigners. Singapore will jail people who don’t observe distancing.