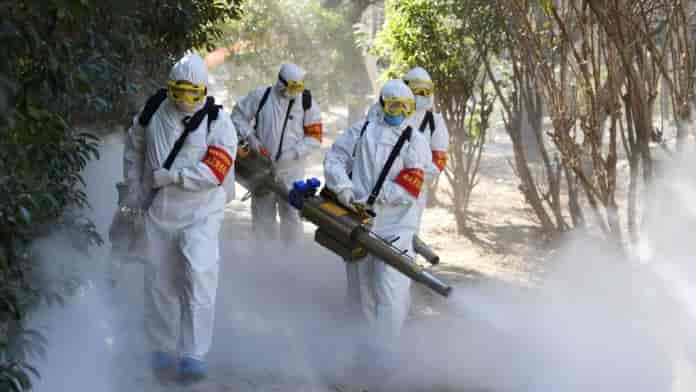 Srinagar: Amid growing scare and increase in number of positive cases for coronavirus in India, administration in Anantnag has imposed restrictions over the gathering of more than 05 persons at any public place with immediate for the period of one month.

The restrictions have been imposed under section 144 CrPc and sources said that other Deputy Commissioners of the Union Territory of Jammu and Kashmir will also issue the similar orders.

“While taking cognizance regarding prevailing health emergency of NOVEL CORONA VIRUS (COVID-19) which has affected several countries of the world wherein few cases have also been spotted in India. Accordingly an advisory was issued wherein the public was advised to refrain from venturing outside in large numbers and avoid mass gathering, crowds, congregations, functions etc.,” reads an order issued by Bashir Ahmad Dar, District Magistrate Anantnag.

The order further reads that necessary precautions with regard to prevention and control of NOVEL CORONA VIRUS (COVID-19) have already been undertaken by the District Administration in co-ordination with Police and Health authorities.

“COVID-19 has pattern of transmission of rapid rate, in case prescribed preventive protocols including avoiding mass gathering etc. are not strictly followed”.

“Now, therefore in view of the above mentioned facts, I, Bashir Ahmad Dar, KAS, District Magistrate Anantnag in exercise of the powers vested in the under section 144 of Cr.P.C do hereby impose restriction/ban over the assembly/gathering of more than 05 persons at any public place of entire Anantnag District which includes all towns and villages with immediate effect for a period of one month,” reads the order, a copy of which lies with GNS.

Any violation of this order by any person shall invite action under IPC, the order added.