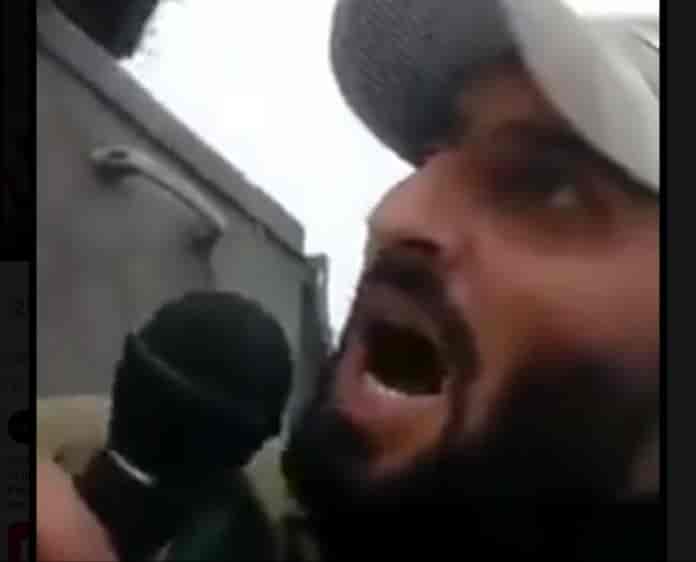 Srinagar: A policeman on Friday was disengaged from his services after a video went viral in which he was seen as making announcement with abusive language, asking people to stay indoors.

A video was circulated on social media sites wherein a policeman was allegedly seen making announcement in an abusive manner.

“On preliminary investigation, the allegations were found true and it was come to fore that the cop is posted in PD Sopore. It was divulged that the personnel shot the video at an isolated place and was not part of any announcement making team,” officials said.

Taking cognizance of the issue, Sopore police has registered an FIR against the erring official under relevant sections of law and the official has been disengaged forthwith from the department. (KNO)

Previous articleMan shot at by unknown gunmen in south Kashmir
Next articlePeople must understand purpose of lockdown, cooperate to fight COVID-19: DGP