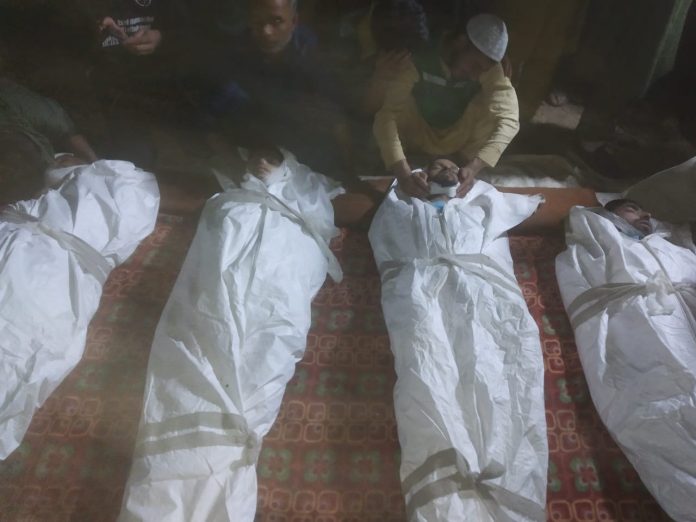 In a tragic incident, four persons were killed while cleaning a well at Keegam village in north Kashmir’s Kupwara district on Friday, officials said.

The officials told the news agency Kashmir News Observer (KNO) that four people fell unconscious while cleaning the well following which the locals present there went inside to rescue them.

Officials said that soon after the incident, they were retrieved from the well and were shifted to a nearby 168 Military Hospital Drugmulla where they were declared dead and their bodies were sent to the autopsy section for postmortem.

However, one of the persons identified as Mohammad Younis of Kerbal Anantnag, who has also been rescued from the well, has been referred to SMHS Srinagar.

Meanwhile, a case under relevant sections of law has been registered and further investigation into the matter is going on. (KNO)