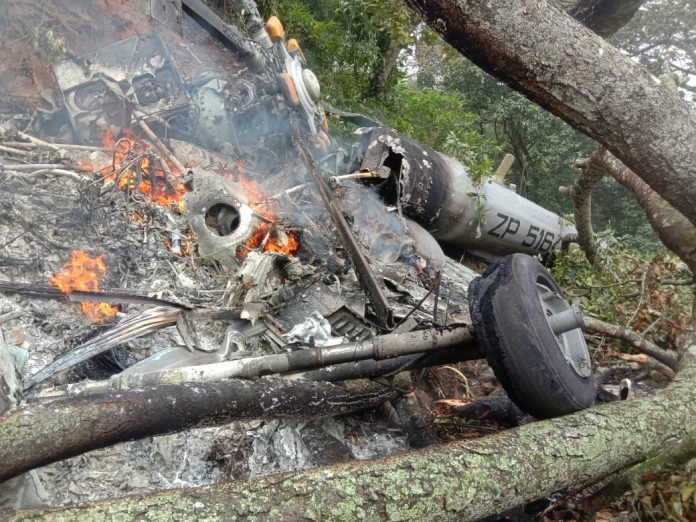 New Delhi: An Air Force helicopter, with CDS General Bipin Rawat and some of his family members on board, crashed in Tamil Nadu’s Coonoor on Wednesday, leaving 11 dead so far, reported India Today.

The injured who suffered serious injuries have been taken to the hospital al Wellington cantonment in Nilgiris district.

According to media reports, Rawat along with some senior officials were on board when the chopper which crashed in Coonoor.

So far there is no information on CDS Rawat.

Previous articleArmy chopper with CDS Bipin Rawat on board crashes in Tamil Nadu
Next articleCDS chopper crash: 13 out of 14 onboard dead