CDS chopper crash: 13 out of 14 onboard dead 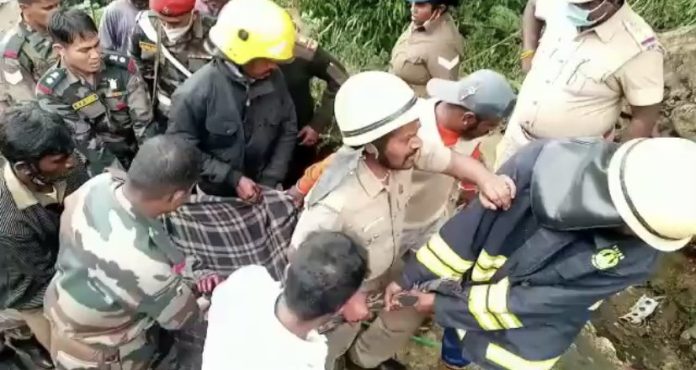 New Delhi: 13 of 14 personnel involved in chopper accident in Tamil Nadu on Wednesday have been confirmed dead. The IAF helicopter also carried Chief of Defence Staff Gen Bipin Rawat on board along with 13 others.

According to news agency ANI, “13 of the 14 personnel involved in the military chopper crash in Tamil Nadu have been confirmed dead. Identities of the bodies to be confirmed through DNA testing.”

An IAF Mi-17V5 helicopter, with CDS Rawat on board, met with an accident today near Coonoor, Tamil Nadu.