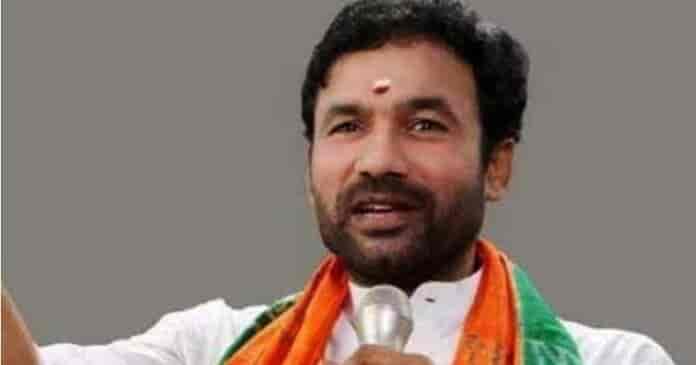 Maintaining that the union government is working for prosperity and development of Jammu and Kashmir, the MoS Home GK Reddy on Monday said that the central government has undertaken major developmental projects but there has been some delay in achieving the set target due to COVID-19 pandemic.

Addressing the house, Minister of State, Home Affairs, GK Reddy said that if the development in J-K is compared with the past 70 years it’s quite better and speedy development is underway and the center along with J-K administration are working together for the betterment. “The set target for J-K remained unachieved given the COVID-19 pandemic”, he said.

The union minister said that for the first time grievance boxes have been installed across J-K. Back to village program was launched. “My Town My Pride program was launched for urban areas. Under the PM development package, the work of 54 percent stands completed. Kashmir will be connected with the Train by December 2022,” he said.

“J-K has received the entire amount of 881 crores allocation under the PM development program which amounts to 754 spent so far”, he said. “140 new health projects undertaken. Two AIIMS, super-specialty hospital, medical college being constructed. Seven medical colleges have been sanctioned and 15 BSC medical colleges also a cancer institute in Srinagar and Jammu.”

He also informed that all-important union ministers will visit J-K, the first phase of which was completed but the second is pending due to the pandemic. A new business royal package has also been announced.

About the unemployment in J-K, the union minister said that the government has decided to hold a mega employment drive that includes five IR Battalions along with two border battalions and two women battalions in the police for J-K and the process is underway while the board has been constituted.

“In paramilitary, the youth of Jammu and Kashmir will be recruited and as part of development, the Lakhanpur toll has been abolished”, he said.

“People in Jammu and Kashmir don’t want article 370 rather development for that Pakistan attempts to disrupt and resorts to ceasefire violation and 71 people received injuries in 2020 along LoC while the infiltration attempts were 216 in 2019 but the number has come down to 99. “221 militants were killed in 2020 in J&K. 327 stone-pelting incidents were reported in 2020”, MoS Home informed the house. (KNO)