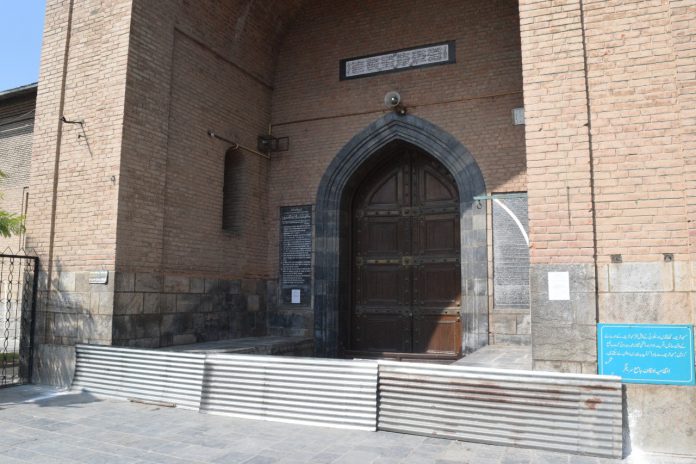 In a statement, the body said, “Heavy deployment of forces was carried out since early morning in the entire area. When the Auqaf employees opened up the gates of the mosque police personnel forced them to close all the gates and no namazis were allowed inside the mosque for offering the obligatory Friday prayers.”

Adding that a large group of namazis including women and children who had gathered outside the mosque strongly protested this ‘authoritarian’ move and demanded that they be allowed to go inside the mosque to offer prayers, but to no avail

Anjuman said that the earlier pretext of covid pandemic by the authorities to prevent Muslims from offering Friday prayers at Jama Masjid stands completely exposed today.

“It is extremely unfortunate and disdainful of the authorities to disallow Muslims of the valley from praying at the Central mosque by use of brute force and cause then hurt and grief. Muslims of the valley denounce this injustice and interference in religious freedom in strongest terms the Anjuman said and register their protest.” The statement concluded.