8 lakh functional household tap water connections to be installed in one month: Govt 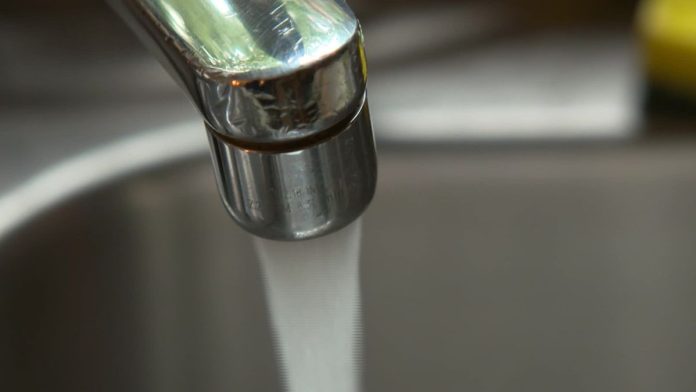 Jammu: ‘Har Ghar Nal Se Jal’, the ambitious campaign by the J-K government lays out a target of installing Functional Household Tap Water connections in 8 Lakh houses within a period of one month by converging the efforts of all stakeholders, through the Implementation Support Agencies (ISAs), into a mass programme.

Across the country, the Jal Jeevan Mission (JJM) is the Government of India’s flagship programme that aims to provide Functional Household Tap Connection to every rural household.

In Jammu & Kashmir, the Jal Shakti Department of the UT government envisages to provide Functional Household Tap Connection (FHTC) capable of providing quality drinking water meeting BIS 10500 standards @ 55 litres per capita per day (lpcd) on a sustainable basis to all unconnected rural Households in the UT with Piped Water Supply.

The UT has set an aspirational target of achieving ‘Har Ghar Nal se Jal’ by August-2022 as against the nationwide target of 2024. And for that, a total of 5774 Pani Samitis/Village Water & Sanitation Committees (VWSCs) have been framed and 5427 Village Action Plans (VAPs) have been prepared in total 6887 villages of UT of J-K. A comprehensive action plan is being executed by the government to ensure water security by empowering local communities.

Further, Gram Panchayat / Pani Samitis are being sensitized for inculcating a sense of ownership, hand holding by conducting regular meetings by Jal Shakti Department. Members of Pani Samitis have also been provided with FTK kits, and are being trained for conducting water quality tests on a regular basis.

“While substantial progress has been made in increasing access to clean drinking water in the last one and half years, we are making efforts to provide access to safe water for people living in the villages and far flung areas,” the Lt Governor added.

All Rural Schools (23160), Rural Anganwadi Centers (24163), and Health Centers (3324) have been provided Tap water Connections during the last 6 months. 1067 villages have so far been provided with 100% FHTC coverage, besides two districts, Srinagar and Ganderbal have achieved 100% Functional Household Tap Connection coverage (FHTC) in the UT.

Previous articleSCERT announced change in timing for 8th class term 2nd examination
Next articleThere will be no militancy in J-K after two years: LG Sinha