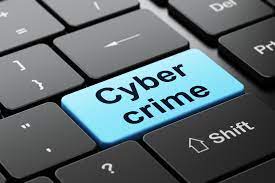 Over 70 per cent of the cybercrime cases were reported from Telangana, Uttar Pradesh, Karnataka, Maharashtra and Assam, the National Crime Records Bureau’s (NCRB) ‘Crime In India 2021’ report showed.

The average rate of cybercrime incidents (per one lakh population) was recorded at 3.9 in the country in 2021, stated the NCRB, which functions under the Ministry of Home Affairs.

The charge-sheeting rate in cybercrime cases in 2021 was recorded at 33.8, the report showed, suggesting that the police probe was completed only in one-third of the cases registered across the country.

Of the cyber offences reported across the country, 4,071 were incidents of identity theft, 11,422 of cheating by impersonation, and over 9,000 cases of publishing or transmitting obscene, sexual content.

There were also 55 cases related to tampering with computer source documents and 648 of ransomware, the report showed.

Another 1,176 cases were registered under the category of ‘cyber stalking or bullying of children and women’, 170 under ‘data theft’, and 1,624 ‘fraud debit/credit card’, among others, it stated.

A total of 15 cases of ‘cyber terrorism’ were lodged across the country in 2021, with three each in Jharkhand, Rajasthan, Uttar Pradesh, and one each in Karnataka, Kerala, Meghalaya, Punjab, Telangana, Uttarakhand, the NRCB stated.