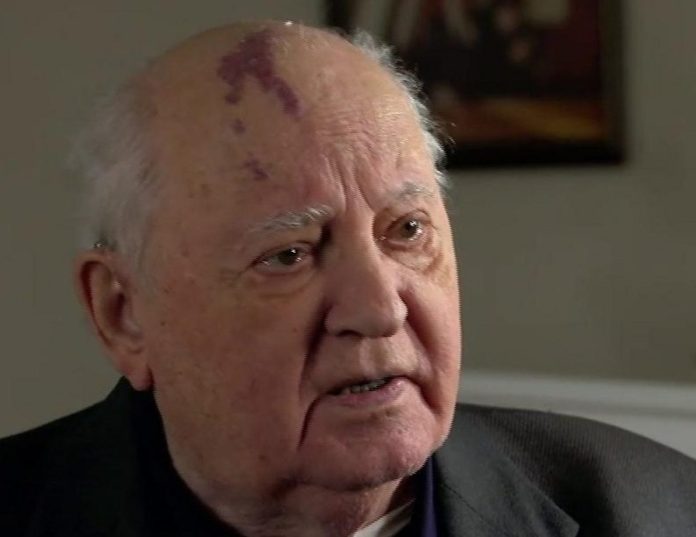 Mikhail Gorbachev, who set out to revitalise the Soviet Union but ended up unleashing forces that led to the collapse of communism, the breakup of the state and the end of the Cold War, died Tuesday. The last Soviet leader was 91.

Gorbachev died after a long illness, according to a statement from the Central Clinical Hospital in Moscow. No other details were given.

Though in power less than seven years, Gorbachev unleashed a breathtaking series of changes. But they quickly overtook him and resulted in the collapse of the authoritarian Soviet state, the freeing of Eastern European nations from Russian domination and the end of decades of East-West nuclear confrontation.

U.S. President Joe Biden called Gorbachev a man of remarkable vision and a rare leader who had the imagination to see that a different future was possible and the courage to risk his entire career to achieve it.

The result was a safer world and greater freedom for millions of people, Biden said in a statement.

Hard to think of a single person who altered the course of history more in a positive direction than Gorbachev, said Michael McFaul, a political analyst and former U.S. ambassador in Moscow, on Twitter.

His decline was humiliating. His power hopelessly sapped by an attempted coup against him in August 1991, he spent his last months in office watching republic after republic declare independence until he resigned on Dec. 25, 1991. The Soviet Union wrote itself into oblivion a day later.

A quarter-century after the collapse, Gorbachev told The Associated Press that he had not considered using widespread force to try to keep the USSR together because he feared chaos in the nuclear country.

Gorbachev won the 1990 Nobel Peace Prize for his role in ending the Cold War and spent his later years collecting accolades and awards from all corners of the world. Yet he was widely despised at home.

Russians blamed him for the 1991 implosion of the Soviet Union a once-fearsome superpower whose territory fractured into 15 separate nations. His former allies deserted him and made him a scapegoat for the country’s troubles.

His run for president in 1996 was a national joke, and he polled less than one percent of the vote. In 1997, he resorted to making a TV ad for Pizza Hut to earn money for his charitable foundation.

Soon after taking power, Gorbachev began a campaign to end his country’s economic and political stagnation, using glasnost, or openness, to help achieve his goal of perestroika, or restructuring.

In his memoirs, he said he had long been frustrated that in a country with immense natural resources, tens of millions were living in poverty.

Mikhail Sergeyevich Gorbachev was born March 2, 1931, in the village of Privolnoye in southern Russia. By age 15, he was helping his father drive a combine harvester after school and during the region’s blistering, dusty summers.

His performance earned him the order of the Red Banner of Labor, an unusual distinction for a 17-year-old. That prize and the party background of his parents helped him land admission in 1950 to the country’s top university, Moscow State.

There, he met his wife, Raisa Maximovna Titorenko, and joined the Communist Party.

His early career coincided with the thaw begun by Nikita Khrushchev. As a young Communist propaganda official, he was tasked with explaining the 20th Party Congress that revealed Soviet dictator Josef Stalin’s repression of millions to local party activists.

He was elected to the powerful party Central Committee in 1971, took over Soviet agricultural policy in 1978 and became a full Politburo member in 1980.

Along the way he was able to travel to the West, to Belgium, Germany, France, Italy and Canada. Those trips had a profound effect on his thinking, shaking his belief in the superiority of Soviet-style socialism.

More recently, Gorbachev veered between criticism and mild praise for current Russian President Vladimir Putin, who has been assailed for backtracking on the democratic achievements of the Gorbachev and Yeltsin eras.

The passing of Mikhail Gorbachev, the last leader of the Soviet Union and for many the man who restored democracy to then-communist-ruled European nations, was mourned Wednesday as the loss of as a rare leader who changed the world and for a time gave hope for peace among the superpowers.

But the man who died at age 91 on Tuesday was also reviled by many countrymen who blamed him for the 1991 implosion of the Soviet Union and its diminution as a superpower. The Russian nation that emerged from its Soviet past shrank in size as 15 new nations were created.

After decades of brutal political repression, he embraced democratic reforms. He believed in glasnost and perestroika openness and restructuring not as mere slogans, but as the path forward for the people of the Soviet Union after so many years of isolation and deprivation” President Joe Biden said.

He added that these were the acts of a rare leader one with the imagination to see that a different future was possible and the courage to risk his entire career to achieve it. The result was a safer world and greater freedom for millions of people.”

Gorbachev won the 1990 Nobel Peace Prize for his role in ending the Cold War but although widely feted abroad, he was a pariah at home. It was unclear how news of his death will be received in Russia amid its nationalist war in Ukraine.

World leaders paid tribute to a man some described as a great and brave leader.

Outgoing British Prime Minister Boris Johnson said that in a time of Putin’s aggression in Ukraine, his tireless commitment to opening up Soviet society remains an example to us all.”

French President Emmanuel Macron described Gorbachev as a man of peace whose choices opened up a path of liberty for Russians. His commitment to peace in Europe changed our shared history.

U.N. Secretary-General Antonio Guterres called him a one-of-a kind statesman who changed the course of history and did more than any other individual to bring about the peaceful end of the Cold War.

The world has lost a towering global leader, committed multilateralist, and tireless advocate for peace, the U.N. chief said in a statement.

Guterres quoted Gorbachev’s observation in his 1990 Nobel Peace Prize speech that peace is not unity in similarity but unity in diversity.

Gorbachev’s contemporaries pointed to the end of the Cold War as one of his achievements.

Mikhail Gorbachev played a critical role in the peaceful end to the Cold War. At home, he was a figure of historical importance, but not in the way he intended,” said Robert M. Gates, who headed the CIA from 1991 to 1993 and later became U.S. defense secretary. (PTI)