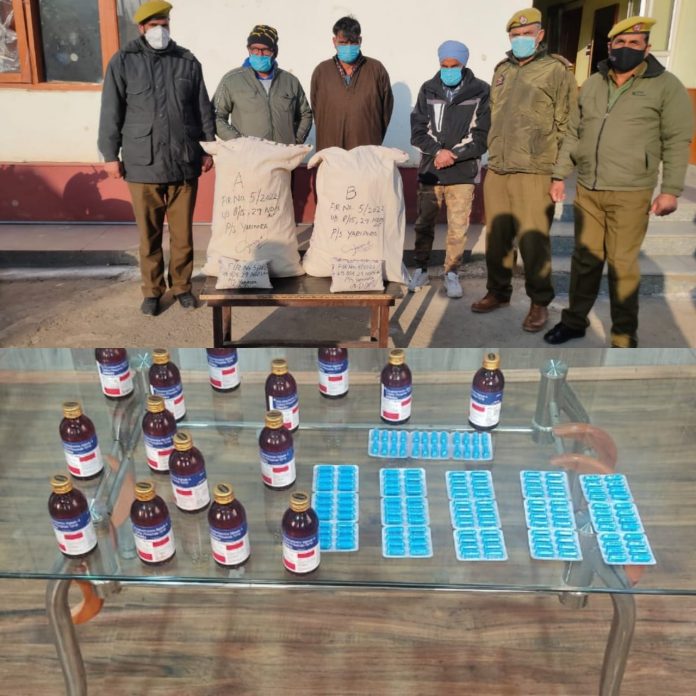 Police also claimed to have seized stake money from gamblers and contraband substances from drug peddlers in the district.

Police said that officers have seized stake money of ₹25,170/- and playing cards from the gamblers.

“They have been shifted to respective police stations where they remain in custody,” police said.

Police said that cases under relevant sections of law have been registered in respective Police Stations and further investigation has been initiated.

Meanwhile, police claimed to have arrested one person identified as Reyaz Ahmad Gojri son of Late Gh Mohammad Gojri resident of Pattan and recovered 15 bottles of Codeine Phosphate and 144 capsules of banned drugs from his possession.

“He has been shifted to police station where he remains in custody. Cases under relevant sections of law have been registered in respective Police Stations and further investigation has been initiated,” police said.