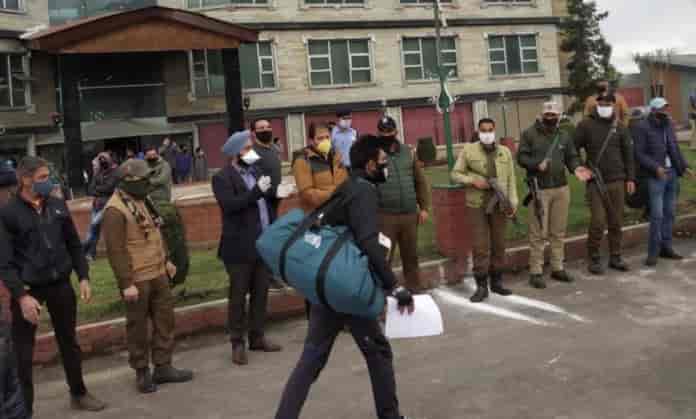 Srinagar: Over 40 travelers whose travel history had been traced and were put under 14-day quarantine in Srinagar were sent back home on Tuesday after completing the quarantine period, officials sources said.

As soon as the people came out of the two Srinagar hotels on Boulevard road, where the administration had put them in quarantine after arriving from different parts of India, they were ferried to their respective districts of the Valley in state transport buses.

“These people were quarantined and lodged in two hotels. No one among them developed flu-like symptoms. They all were tested and found negative,” an official told.

Out of these 40 people, 26 were travellers including businessmen while 14 were students. Most of them belonged to Kupwara, Baramulla, Anantnag, Pulwama, Srinagar, Ganderbal.

Kashmir reported its first coronavirus positive case on March 18 last month and since then there is spike in these cases.

Previous articleIndia ranks at 142 in press freedom, mainly due to Kashmir situation
Next articlePerhaps now world can understand suffering of Kashmiris: Imran Khan amidst COVID-19 lockdown