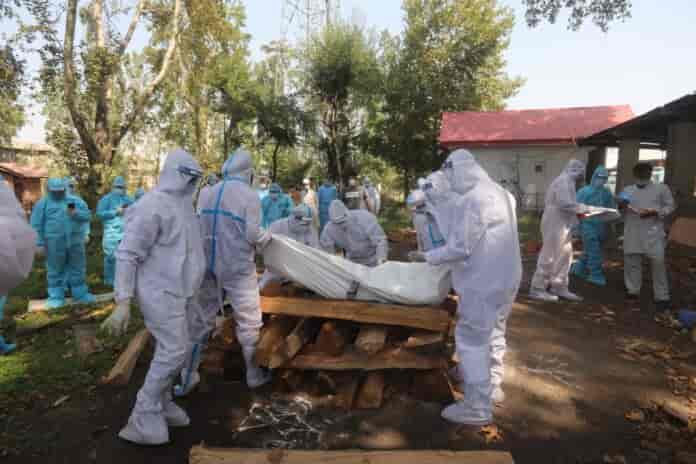 Srinagar: The death toll due to covid-19 crossed the grim milestone of 1700-mark with eight more people succumbing to the pestilence in the last 24 hours, officials said on Tuesday.

They said that among the victims, five were from Jammu division and three from Kashmir Valley.

Those who succumbed to the virus in Valley include two residents of Srinagar and one from Anantnag.
With these deaths, the total fatality count in the Valley has reached 1107 and 595 in the Jammu region. the J&K has reported 100 deaths in around 13 days, the officials said.

Previous articleDDC being elected for first time in Kashmir. But is this election any new?
Next article24-year-old man critically injured after shot at in Srinagar’s Soura