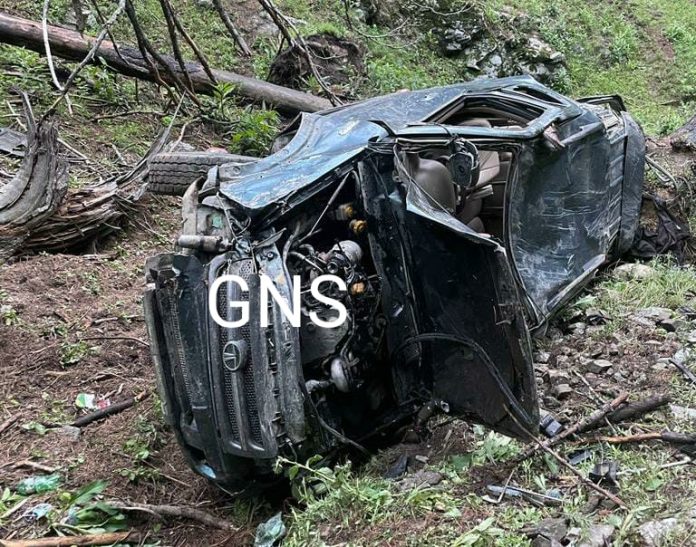 One person was killed and three others were injured after a vehicle they were travelling skidded off the road in north Kashmir’s Baramulla district on Wednesday.

Reports reaching to GNS said that an accident involving private vehicle (DL3CBV-1131) took place at Zig mode area of Tangmarg resulting in injuries to four fours on board.

Later a police team reached the spot to shift the injured persons to the hospital and one among them was shifted to Srinagar hospital.

Doctors declared him brought dead on arrival, they said. He has been identified as Mohammad Akbar Rather (48) a resident of Pattan.

The injured persons identified as Ali Mohammad Najar and Parvaid Ahmad under treatment at the hospital, they said.

Meanwhile, a police official confirmed GNS that a case has been registered in this regard. (GNS)