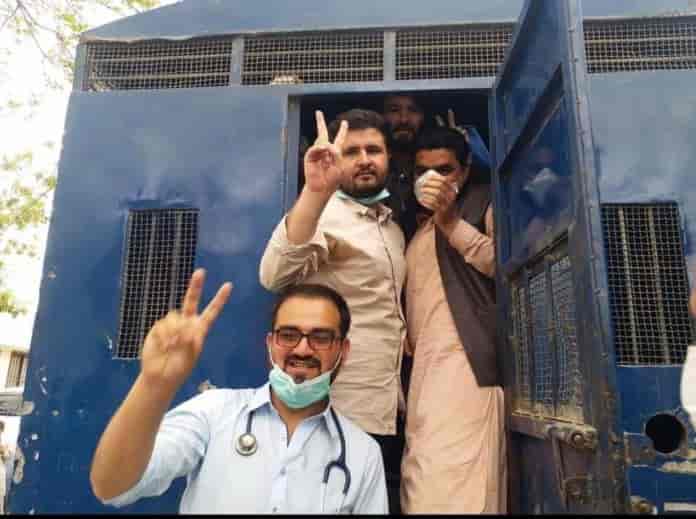 Police in Pakistan’s Balochistan province have arrested over a dozen young doctors while they were protesting against the unavailability of personal protective equipment (PPEs) in provincial hospitals as the war against COVID-19 intensifies.

According to Dawn newspaper the Young Doctors Association (YDA) and paramedical staff began a demonstration from Civil Hospital and marched up to the chief minister’s secretariat where they were met by baton-wielding policemen, who proceeded to baton-charge and arrest several doctors.

Talking to DawnNewsTV, YDA Balochistan President Yasir Achakzai confirmed that they had marched up to the CM’s secretariat against a complete lack of protective gear for medical workers who were playing a key role in the country’s fight against the novel coronavirus.

Achakzai said they were baton-charged by security forces, adding that “dozens” were arrested near the Red Zone. A few members of the Balochistan Assembly also reached the venue and tried to negotiate with the protesting doctors and paramedic staff.

Following the arrests, the YDA chief announced a boycott of young doctors’ services from government hospitals. “We suspend all our services following the high-handedness of police,” Achakzai said in an emergency press conference.

Meanwhile, Quetta Deputy Inspector General of Police Razzaq Cheema confirmed the arrests of “dozens” of doctors but denied the use of batons against them.

“Yes, police arrested dozens of protesting doctors today,” Cheema said confirmed. He denied the allegations that police had assaulted the protesting doctors but added that “a scuffle broke out after the medics tried to cross barricades near the Red Zone”.

However, a video – which has been independently verified – is circulating on social media, which shows the police striking the doctors with batons and forcing them inside police vans.

The protesting doctors have been shifted to various police stations in Quetta,” DIG Cheema said.

The protest in Quetta comes a day after 13 doctors in tested positive for COVID-19 in the provincial capital.

Previous articleCOVID-19: Lt Governor to donate his 30 percent salary for next one year
Next articleStudents quarantined in Rajasthan go on hunger strike against “apathy of government”