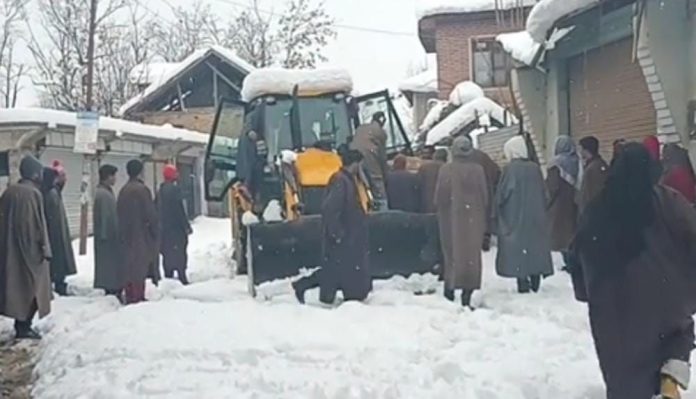 Srinagar: A woman was injured after a shed collapsed due to heavy snowfall in Achan village of Litter Tehsil in south Kashmir’s Pulwama district.

Locals told news agency—Kashmir News Observer (KNO), that a lady namely Arifa Banoo (45) wife of Mohammad Shafi Dar was cooking in a shed when it collapsed resulting in injuries to the said lady.

They said due to accumulation of snow on the road, they were unable to take her to hospital following which a JCB was called in to take her to the hospital.

Locals have requested administration to clear main roads at an earliest so that people won’t face any problems.