Will see whether anti-defection law can be imposed: Admin says amid horse-trading allegations 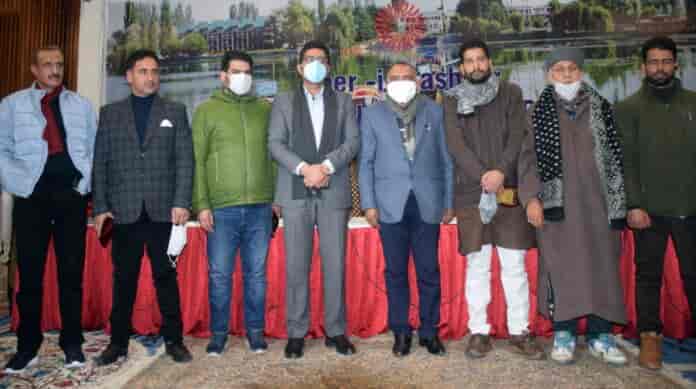 Srinagar: Amid allegations of horse-trading by the political parties, the divisional administration Kashmir on Monday said that it will verify whether the anti-defection law can be enacted in Jammu and Kashmir.

Talking to reporters on the sidelines of the oath ceremony of recently elected District Development Council (DDC) members at SKICC here, Divisional Commissioner Kashmir, P K Pole when asked whether the law can be imposed here, said that he will have to check it from the Rural Development Department (RDD) department first.

According to the news agency—Kashmir News Observer (KNO), he further stated that the DDC members who took Oath today will have the powers to prepare the final list of the funds that will be allocated to their respective districts. “The final draft for the allocation of the funds will be approved of DDC members,” he said.

He added that people will no longer have to visit his or Deputy Commissioner’s (DC) office for their issues like Power, roads and Water and other developmental issues, adding that they can directly approach their elected representative to get their works done.

Pole said like Maharashtra, the DDCs will have the adequate powers, but it would take time, adding that the DDC members may face hardships for some time till the proper and necessary arrangements will be made for them especially their own offices and other logistic arrangements be made by the administration.

“I wish all the DDC members luck and pray for them that they will be able to deliver whatever they have promised to the people in their respective constituencies,” he said.

Earlier, 13 out of 14 DDC members, who were elected recently in the maiden District Development Council (DDC) polls in Srinagar, the summer capital of Jammu and Kashmir, took oath at SKICC.